by Martha Chirambo
in Business News, Front Page
2 min read
0
Share on FacebookShare on TwitterShare on WhatsAppShare on LinkedinLinkedinShare via Email

Malawi Investment and Trade Centre (Mitc) public relations manager Deliby Chimbalu said in an interview this week almost all of the investors expressed interest to come back to invest in the project they were interested in.

“It is a matter of government following up on the leads through Mitc,” she said, adding that Aggreko, a company that specialises in the provision of off-grid power supply from gas, diesel is interested to provide solution to the energy hurdles the country has been facing.

“It has big investments in Mozambique, South Africa, Ghana and many countries globally with capacity to generate 350 megawatts (MW) of power from gas,” she said.

Chimbalu said Aggreko submitted a proposal to Electricity Supply Corporation of Malawi (Escom) and Ministry of Natural Resources, Energy and Mining 15 months ago to provide emergency supply of electricity through diesel-powered generators.

She said Aggreko has the capacity to provide energy within six to eight weeks with power ranging from 100MW to 200MW.

She said the company which has establishments in South Africa, Namibia, Tanzania, Mozambique, Kenya, Ghana and Nigeria is expected to submit an expression of interest for consideration to the Ministry of Natural Resources, Energy and Mining.

Another firm, Mott MacDonald, a global consulting and engineering company working on the Shire River Water Catchment Project, has shown interest to invest in the Airport City Project in Lumbadzi, close to Kamuzu International Airport (KIA).

Chimbalu said other companies that have also shown interest to invest in Malawi include Greenheart Energy Limited, a renewable energy company, which is interested to offer electricity off the national grid, irrigation farming and water in the rural areas.

Dawnus promoter showed interest in Lilongwe Water Board’s (LWB) construction of network system from Kamuzu Dam to the main reservoir at Area 3 and across the city and also constructing a treatment plant with a capacity of 30 000 cubic metres.

“The promoter highly regarded this project and promised to secure funding for it and will engage a UK company called Biwater. “Dawnus will develop an outline proposal and submit to Lilongwe Water Board for further engagement,” said Chimbalu.

Other companies that have shown interests include the Development Bank of Southern Africa (DBSA) and PW Mining International which is interested in the expansion of KIA, a project promoted by Airport Development Limited (ADL). 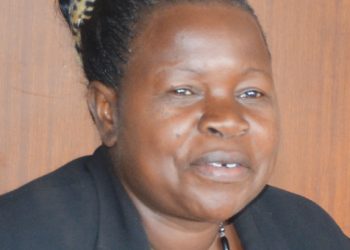