The teachers were drawn from Limbuli Education Zone in Mulanje where Ayise is piloting a community-based child labour monitoring system.

“Scream-Stop Child Labour is a new education and social mobilisation initiative to help educators worldwide promote understanding and awareness of child labour among young people and their communities.

“Through creative and innovative teaching methods, Scream programme aims to inform young people about the world they live in and injustices that exist.

Of course, its focus is on child labour,” he said.

Misuku said the International Labour Organisation (ILO) and Malawi Government want young people to speak out on behalf of their colleagues trapped in child labour worldwide.

ILO, which funded the training, is using the Scream to fight child labour worldwide.

Scream encourages pupils to express the evils of child labour through social, literary and performing arts such as drama, music, debates, poetry, drawings and others.

“Scream aims to promote a process of community integration and education to empower young people to assume their roles as agents of social mobilisation and change,” said Misuku.

Ayise is winding up its community-based child labour monitoring system project in Mulanje which, among other things, is expected to gather data on child labour. The project is part of the Support to the National Action Plan (Snap) to Combat Worst Forms of Child Labour. 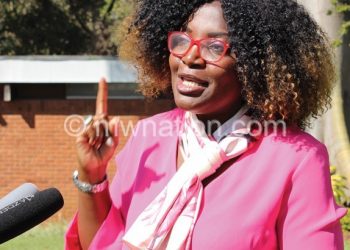