Edwin Nyirongo engages general secretary of the Livingstonia Synod of CCAP the Reverend Levi Nyondo on the political situation in Malawi.

How can you describe the political situation in the country?

Since 1964 when we got independence, if we compare the two regimes that ruled this country, this has been the worst. So, I can say that politically things are not okay.

Are you saying this because you were once arrested after preaching at the funeral of late Professor Moses Chirambo?

I may say yes or no because since August 2010 [when he was arrested], we can see that the Democratic Progressive Party (DPP) governmentÃ¢â‚¬â„¢s graph is declining instead of improving. So, when we talk about the weaknesses of government, the answer can be yes.

How can you describe the arrest of lawyer Ralph Kasambara?

It is unacceptable. This has painted our image badly globally because this is a sign that in Malawi, we clap hands that we have a democracy when we have a fake one. Nowhere in the world can the whole government arrest a lawyer in such a situation. This is worrying for all of us who fought for freedom and democracy in Malawi. The arrest has embarrassed almost every society and every true Malawian.

As Synod, did you see this coming?

Prophetically yes; we could see that many problems would arise in future and we see this as just the beginning. Some of us do not have trust in this government because we say we are free when in fact we are not. It is government that dictates things. So, prophetically and through our experience, we saw this coming.

Do you talk to government over some of these issues?

Unfortunately, we talk to government but ours is not a listening government. Every advice you can give, the response you get is very negative. In Romans Chapter 13 from verse one, God says that we must respect leaders of the country. And we do our best to respect the leaders or governments but, to our disappointment, they do not listen to us.

When did you have your last meeting with the President?

It must have been three years ago. But we have been trying to book an appointment so that we can meet him face to face but all our efforts have [not yielded anything].

Despite many people talking about governance and economic problems, things are not changing. What could be the way forward?

We, Malawians, are not serious. You see, this is our country and if we want things to change, why canÃ¢â‚¬â„¢t we sit down and plan properly? For example, people talk about forex. I always wonder, where does money from Kayelekera go?

We have coal in the country. Where does the money go? LetÃ¢â‚¬â„¢s follow up these things. If we claim to have Kayelekera, how can we be complaining about forex?

In Chikangawa (Forest), trees are being cut almost every day, every hour, and every second. Where does the money go? And history will tell us that it is during the DPP era that Chikangawa Forest was turned into a desert. We are fond of clapping hands when we are supposed not to clap hands.

Could it be that government doesnÃ¢â‚¬â„¢t consider your advice because it regards you as hostile or militant?

If that is the reason, thatÃ¢â‚¬â„¢s fine. But in a democracy, government should be able to meet everybody regardless of his or her character.

Any advice to government?

Malawians today are suffering and government should be able to listen. It must be able to honour our democracy which we fought for. Currently, we are going towards a one party type of government which we donÃ¢â‚¬â„¢t want.

Sick of this ECF song! 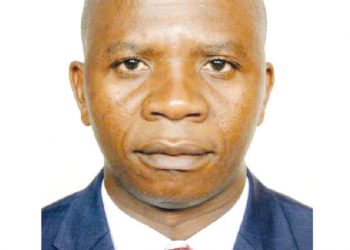