AG on watch in election impasse

Attorney General (AF) Anthony Kamanga has played down effects of the May 20 Tripartite Elections impasse on government operations, but has admitted that his office is on alert looking into the legal implications of having no Cabinet for a long period of time.

Currently, Malawi Electoral Commission (MEC) is pondering to seek a waiver from the courts to extend the eight-day period for announcing results of the tripartite elections with an additional 30 days, after which the new government will be expected to constitute a new Cabinet and call for a sitting of Parliament to discuss the national budget.

The last Parliament was dissolved on March 20 in keeping with Section 67 (5) of the Constitution which also states that the President has power to call for an extraordinary meeting in the event of a constitutional crisis or emergency.

However, the provision goes on to say that the reconvened Parliament would stand dissolved again on the date of election which means the country will continue to act without a Parliament until a new president is sworn in.

Kamanga said in an interview yesterday that his office was aware that certain decisions were being affected as the country waited for results of the tripartite elections.

He said: “We are currently looking into the legal implications of the actions being taken now and we hope the mist [on elections] can be cleared. But this needs the support of all stakeholders. People are underestimating the importance of clearing this mist.”

But Kamanga stressed that the legal opinion would be no different from the 2005 situation when there was no Cabinet for close to six weeks.

“It’s a serious situation and we are sensitive to the fact that certain decisions are being affected. These challenges identified are a concern to many and we certainly want the issues resolved quickly,” he said.

Ministry of Finance spokesperson Nations Msowoya said they could not rule out the impact of the elections impasse on government expenditure in the event that Parliament does not meet before July 1, the beginning of the next financial year.

In the past, government has sought Parliament approval to allow the Minister of Finance to spend and allocate funds for an additional 90 days, but Msowoya said in the absence of Parliament, the Ministry of Finance has sought an opinion from the AG.

Meanwhile, the Civil Servants Trade Union (CSTU) has also expressed concern that delays in instituting a new government would affect the discussions the union had been having with government on salaries and allowances.

CSTU general secretary Madalitso Njolomole, however, said civil servants were ready to work with any elected government, but it would have to bear in mind issues already on the table 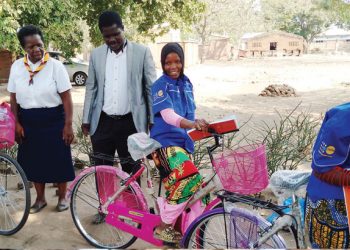