Agricultural Research and Extension Trust (AretT) has introduced three new tobacco varieties in Malawi, which according to the trust are pest and disease-resistant besides being fast maturing.

Aret deputy director responsible for extension and specialist services John Nyangulu disclosed this at Nselema in Machinga during an agricultural field day on Friday. Nyangulu said the three varieties are ideal for Machinga as a demonstration plot has proved that the varieties can withstand diseases such as nematodes and fusarium wilt.

A local farmer, KazembeMalamia, said he preferred ABH 31 because of its disease-resistant and high yield potential.

Malamia, who started tobacco farming in 1980, said he has been growing other tobacco varieties that are not better than the newly introduced ABH 31.

Aret has, however, cautioned farmers in the country against recycling seeds of the three newly introduced varieties, saying doing so would negatively affect quality and production.

Aret is conducting six series of tobacco field days this year in the South, Central and Northern regions to promote the growing of the new tobacco varieties.

Aret has research stations at Mwimba in Kasungu, Kandiya in Lilongwe and Kabwafu in Mzimba.—Mana 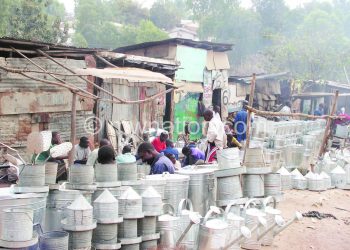