Behind the rosy figures

Malawi is doing reasonably well in improving people’s access to clean and safe water. That is if you listen to the 2012 Joint Monitoring Programme (JMP) report by Unicef and the World Health organisation (WHO) which says 95 percent of people in urban areas and 80 percent in rural areas have access to safe water. JMP is a global data set that is used to track progress in water supply and sanitation. The report says between 1990 and 2010, access to safe water in the country improved from about 47 percent to 83 percent. At this rate of change, projections show that by 2015, about 94 percent of the population will have sustainable access to improved water sources. This means Malawi is on course to achieving the Millennium Development Goal (MDG) of halving the proportion of people without sustainable access to safe drinking water and basic sanitation by 2015. But for people of Chiziko Village—an impoverished area located 10 kilometres from Mponela in Dowa—the rosy figures on access to clean and safe water are a cruel joke. Mary Sitolo understands what it means to live in an area where accessing safe water is more than a hustle.

“You can taste this…taste it,” said Sitolo as she drew some water from a dirty blue plastic pale. Not only is the water milky, it is also salty and bitter. But this is the reality people in the area grapple with daily. To get the water, Sitolo and others in the village walk four kilometres to the source. “We have to get up around 2 o’clock in the morning to draw the water,” said Sitolo. The problems that Sitolo and other people in Chiziko Village face are haunting many others across the country. Recently, the Catholic Development Commission (Cadecom), with financial support from the Australian Government (AusAID) channelled through Caritas Australia, conducted an analysis of the water situation in Dowa, Mzimba, Blantyre, Balaka, Rumphi and Phalombe as part of the food security, water, sanitation and hygiene programme.

The findings make a mockery of the statistics that paint a rosy picture of people’s access to safe and clean water. According to Cadecom, in Dowa, Mzimba and Rumphi, communities share water sources with wild animals which threaten their lives. In Dowa, people said crocodiles in Bua, Kasangadzi and Mtiti rivers are a big menace to their lives whereas in Mzimba the danger comes from wild animals such as elephants from Vwaza Marsh Game Reserve. The report also captured the problem in group village head Kaliati in T/A Kunthembwe in Blantyre where the chief said there are only three boreholes for 775 households. Two of the boreholes were sunk by Cadecom Blantyre while the other serves the primary school in the village. Cadecom says in areas under T/A Nsamala in Balaka, three villages—Saiwa, Mmangeni and Mangani—share one borehole. “We are completely forgotten here.

We can’t continue with this bad water. Is it because we live in the rural areas?” wondered village head Chiziko. At the heart of Chiziko’s complaint is the belief that people in urban areas swim in the joys of using safe water. But Mary Malire, who lives in Chimwankhunda in Blantyre City, could prove Chiziko wrong. Malire’s house is only 200 metres from a communal kiosk built two years. Unfortunately for her, accessing water from the borehole is some hurdle.

“If the water is there, then it is very late at night. Even worse, the water pressure is very low. “We depend on the wells along Chimwakhunda dambo. That is where we draw water for daily use,” she said. The water is brownish, creamy and opaque. On the banks of the wetland area, litter is thrown around carelessly. During the rainy season, the litter becomes debris on its way to Malire’s water source. “It is not healthy, not at all,” said Malire. Across the country’s urban areas, stories of women and girls waking up in the dead of the night to search for water are common. You will hear them in Chikanda in Zomba, Ndirande in Blantyre, Zolozolo in Mzuzu, Area 25 and Kawale in Lilongwe and Baka in Karonga.

The stories are a world away from the Unicef and WHO reports on the water situation in Malawi. While people in Chiziko Village have been using salty and bitter water since the 1970s, the 2005 Malawi National Water Policy envisioned ‘water and sanitation for all, always.’ The policy seeks to achieve sustainable and integrated water resources management and development so that the resource is readily available and equitably accessible by all Malawians. Yet, this is not happening. Paradoxically, although people such as Sitolo of Dowa and Malire of Blantyre have problems accessing reliable, clean and safe water, their country has huge endowments of water resources in the form of lakes and perennial rivers. In fact, it is estimated that a third of the country is covered by water. So what is the problem?

Highlights from the UNAids and Lancet Commission 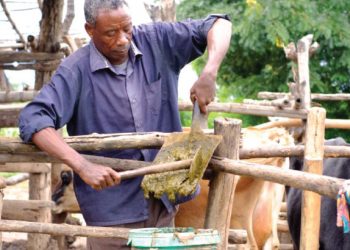