Concrete blocks are the way to go

Malawi and, of course, most of the developing countries are victims of environmental degradation and there are so many effects that as a country, we are suffering from, resulting from environmental degradation as a cause.
As we are talking now, us the residents of Lilongwe City are having intermittent water supply from our water board. Of course, the attributable reason is the inadequate rains that Malawi experienced in the last rainy season. However, arguments have been made about other additional factors that exacerbated this inadequacy of water in Lilongwe River.
Principal among this is the degradation of the Dzalanyama Forest, which is the main catchment area of Lilongwe River. The Lilongwe Water Board (LWB) has even reached the extent of engaging the Malawi Defence Force (MDF) to help to reduce the environmental degradation so as to help preserve water quantities in the catchment, and subsequently in the Lilongwe River and water board reservoirs.
Throughout the year, the Electricity Supply Corporation of Malawi (Escom) has been rationing electricity to the consumers. The explanation is the same—lowering of water levels in the Shire River. Although inadequate rains seem to be the major reason, one cannot doubt of the exacerbating effects of wanton cutting down of trees in the Lake Malawi and Shire River watershed. No wonder the government, through the Ministry of Irrigation and Water Development is implementing the Shire River Basin Management Programme, among which environmental conservation is a major undertaking.
Unfortunately, these are just isolated activities which may on their own not necessarily lead to the attainment of total conservation of the environment both in the catchments of Lilongwe and Shire rivers. I believe there are some activities by individual households which may also play a bigger role in helping to conserve our environment, most importantly, in this case, vegetative cover.
I did make an argument in this column last year about how I feel curing of bricks contributes to increased cutting down of trees for use in the kilns (mauvuni). Imagine how many new houses are being constructed from burnt bricks in the major cities of Lilongwe, Blantyre, Mzuzu and Zomba. And how many trees do you think are destroyed to cure these bricks. Your guess is as good as mine.
On the other hand, I also argued that practically it is comparatively cheaper to construct a building from concrete blocks than cured bricks. I said that I constructed a house last year from concrete blocks and I found it to be cheaper. In addition to this, it’s faster. I took it upon myself advising my friends and those that found themselves in my discussion’s way about considering this option.
Of course, I went further to suggest for some subsidies towards production of these blocks. My assumption was that this would make concrete blocks much cheaper and the burnt bricks less attractive. This would surely reduce environmental degradation resulting from curing of bricks. In addition, I suggested having some piece of legislation, in form of bye laws making constructing houses from burnt bricks within city boundaries a crime. Moreover, the concrete blocks would be much cheaper.
While I am still waiting for the two actions above from those in authority, I should express my joy with an increase in good reasoning Malawians who have realised the importance of concrete blocks. A visit within the cities of Lilongwe and Blantyre indicates a gradual increase in the number of buildings being constructed from concrete blocks. I am sure people have realised that it’s really cheaper, at the same time one helps in saving the trees and contributing to environmental conservation. Those planning to use burnt bricks for their next projects should think twice. Concrete blocks are a current trend. n

Travel light as you get into and through 2017 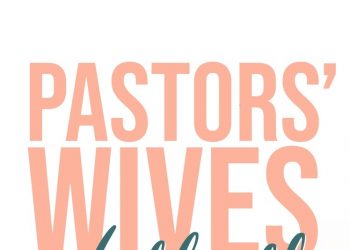 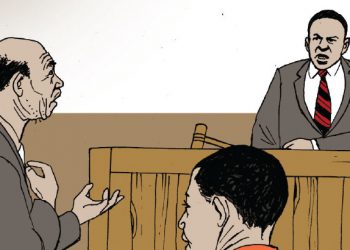