Anew study by the Alliance for a Green Revolution (Agra) says increased access to fertilisers can help smallholder farmers on the continent to double or even triple crop yields.

The report titled ‘Ambitious Efforts to Confront Africa’s Soil Health crisis’ focuses on intensive efforts initiated five years ago to move aggressively to support smallholder farmers in sub-Saharan Africa, where a lack of agriculture extension services and scarcity of basic soil supplements have contributed to depressed yields for crucial staples such as maize, banana and cassava.

The report comes in the wake of a reported steady drain of essential nutrients from African soils, now looming as a major threat to food security across the continent, as the move is said to account for about $4 billion every year in lost productivity.

Faced with high prices—fertilisers in Africa often cost twice as much as they do in other countries—and low supplies, African farmers use on average about 10 kilogrammes (kg) of fertilisers per hectare, while the global average is around 100 kg.

“While farmers in many parts of the world regularly harvest up to five tons of maize per hectare (about 2.5 acres), African farmers typically harvest one ton,” says the report released on Friday.

But while overuse of fertiliser has caused environmental problems in other parts of the world, a 2009 study by scientists at Stanford University warned that underuse of fertiliser by farmers in sub-Saharan was a major impediment to improving soil quality and increasing food production.

According to the Agra analysis, unsustainable farming practices like a failure to rotate crops or apply mineral or organic fertilisers, along with persistent soil erosion, are depriving croplands across sub-Saharan Africa of 30 to 80 kg per hectare of essential plant nutrients like phosphorous and nitrogen.

“There is much more to soil health than fertilisers but they are an essential ingredients for unleashing the potential of Africa’s smallholder farmers to create a uniquely African Green Revolution that delivers jobs and better incomes to rural communities and creates more sustainable approaches to farming,” says the report.

However, the report finds that over the last five years, 1.7 million African farmers in 13 countries have embraced farming practices that have rejuvenated 1.6 million hectares and helped them double or even triple crop yields.

The improvements in crop yields—the increase in the amount farmers are harvesting from the same piece of land—over the past five years has been substantial with Malawi, Tanzania and Ghana as best performers.

Agra director of soil health programme Bashir Jama said it is possible to work on a large-scale to help smallholder farmers adopt sustainable and profitable approaches to crop production.

He attributed the success to, among others, the organisation’s efforts to help rural agro-dealers stock more fertilisers to enable smallholder farmers acquire an additional 180 000 tons of fertiliser.

“If used as part of a broader soil management programme, that is enough fertiliser to help about, 1.8 million farmers revive 3.5 million hectares of depleted land on the continent and triple the amount of cereals they produce,” said Jama.n

Internal auditors urged to be vigilant 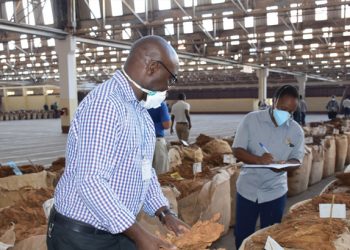