General Omar Hassan al-Bashir is an anti-democratic military dictator the West has blamed over the years for cosying up to Osama bin Laden and supporting Saddam Hussein in the first Gulf War.


As president of Sudan, he is a first rate abuser of human rights and has unleashed death squads on both southern Sudan and more recently in Darfur, the war-racked region of western Sudan.

On al-Bashirâ€™s watch, the government of Sudan has been fighting the uprising in Darfur not with the Sudanese military but with proxy militia fighters named the Janjaweedâ€”which are essentially a group of local Arab rednecks run amok that have been raping, burning and pillaging their way through black African villages on a campaign of terror.

There is now a general agreement in the free world that what is happening in western Sudan is ethnic cleansing otherwise known as genocide. According to international figures, the Darfur crisis has produced 200 000â€”400 000 casualties, displaced a half million, and caused a tragic humanitarian crisis of epic proportions which has spilled over to neighbouring countries.

The world has not stood by and watched while al Bashir attempts to exterminate a whole population of black Sudanese and so in 2009 he was charged by the International Criminal Court (ICC) on seven counts of war crimes and five counts of crimes against humanity. What this means is if Bashir travels to a country that complies with ICC regulations like Malawi, they should arrest him. Or better still, shun him in the first place.

But fellow Malawians, after the US Government suspended the Millennium Challenge Corporation (MCC), an initiative that would see a $350 million (K58 billion) investment in the power sector and provide close to $2 billion in net income benefits to nearly six million Malawians, al Bashir is the man to whom the DPP government has now decided to mortgage your interests. He has been invited not to be arrested here but to attend an AU summit in July.

The Americans have never been ambivalent in laying down the prerequisites for MCC money to come to Malawians. They have never made a secret of the fact that they have very serious concerns about the economic and political situation in Malawi. They have been loud and clear in emphasising the need for the DPP to respect the rights of Malawians and civil society organisations to assemble and speak freely.

But they have dangled the carrot. In June the MCC board is ready to take another look at our lot and see whether the DPP government is improving on the issues raised. But in a thinly veiled threat, the US has said if this murderer, al Bashir, sets his foot on Malawi soil under the pretext of attending an AU talk shop, the programme might be terminated altogether.

The energy problems for this country run deep. It is more normal in Malawi now to have a day with power cuts than to have one without it. Businesses are bleeding dry after being forced to cut down production because of power cuts leading to massive job losses. The ingenious ones are having to procure alternative and expensive power sources resulting in high costs of production.

The choice between entertaining al Bashir and getting USâ€™s K58 billion for energy would have been obvious for any government that deeply cares about its people. The stark reality, however, is that the DPP does not care a hoot about MCC money.

Fellow Malawians, let us not be duped by the crocodile tears being shamefully shed by some officials after we lost MCC last week.

Government knew that MCC board would be meeting in Washington to decide our fate. What does it do the very same week? It decided it is the right time to flex power muscles and arrest Atupele Muluzi and John Kapito over reasons best known to President Bingu wa Mutharika and his minions.

The DPP also thought in its wisdom that it is the right time for inflammatory rhetoric by senior government officials against opponents and bodies such as IMF and World Bank, the very same things the Americans did not want to see.

Contrast all this with our western neighbours, Zambia, who just got themselves a whopping $354.8 million which will improve their water supply from the same MCC. Reason Americans gave for this? Zambians have demonstrated commitment to democratic governance and the rule of law, including free and fair elections in September 2011 and a peaceful transition of power. Their people will now have better water supply, sanitation and drainage.

If any Malawian had any iota of doubt as regards the penalty citizens are paying for Mutharikaâ€™s arrogance and misrule, by now, fellow citizens, have no such lingering doubts. Zambian citizens will have better water while we continue grappling with blackouts.

Not that I expected anything better. As Malawians we should now get used to the fact that better quality of life for us citizens is last thing on the mind of this government.

As Malawians we are on â€œany other businessâ€ or AOB in the great scheme of things on DPP plate.

That is why the Mutharika administration sees merit in inviting al Bashir here when the whole world is shunning the Sudanese president as if he were afflicted by some plague because he is butchering innocent people in Darfur at the pretext of crushing a rebellion.

But be assured al Bashir will be here in July and MCC will be terminated because the DPP government does not want money which comes with conditions to rule its own people better and to shun murderers.

We canâ€™t just have Chinese-collar jackets 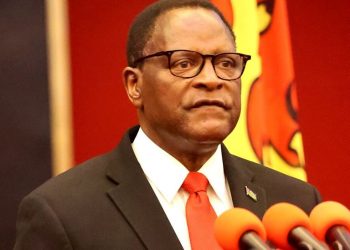 We canâ€™t just have Chinese-collar jackets