Commercial banks in the country are anxious about the current political stalemate which they fear could worsen the business environment and wipe out investor confidence the Malawi economy recently accrued.

The banks, speaking under the umbrella of the Bankers Association of Malawi (BAM), have also forecast that the rest of the year 2014 could be a tough terrain to climb for all businesses unless the election impasse is resolved immediately and amicably by all relevant stakeholders.

“If you interviewed me two weeks ago, I would be positive but with this impasse, it’s not quite straight forward to comment on what the future holds [in terms of business environment],” said BAM first vice -president Misheck Esau in an exclusive interview in Lilongwe on Tuesday.

He added: “The economy has entered a wait and see mode. It’s our hope that this election issue be resolved quickly so that things go back to normal.”

Esau was quizzed to give the banks’ perspective of the present political situation which has seen the Malawi Electoral Commission (MEC) announcing on Monday evening that Malawians will have to wait for almost a month to hear the outcome of the May 20 Tripartite Election s results.

The confusion in the aftermath of the May 20 elections has also forced some businesses across the country, especially in major cities of Lilongwe, Blantyre and Mzuzu to intermittently shut down over fears of a likely turmoil that may trigger sporadic looting of shops.

But Esau, who is also chief executive officer for CDH Investment Bank, recalled that recently, especially during the first quarter of the year, there was a general improvement in the business atmosphere characterised by the slowdown in inflation rate which he said created room for low interest rates.

He also noted that the exchange rate policy stance to have the local currency, the kwacha, float against other major foreign reference currencies also yielded the economy some dividends citing the recent stability and appreciation of the currency.

“We saw in the first quarter of the year that demand for foreign exchange stagnated and perhaps that was the cause of appreciation,” added Esau.

Speaking in a separate interview on Tuesday, Malawi Confederation of Chambers of Commerce and Industry (MCCCI) Harrison Kalua, who is also Mzuzu Coffee Planters Cooperative Union Limited chief executive officer, also feared that with the current political uncertainty, no serious investor would invest in Malawi at this particular moment.

“Only briefcase investors with say $50 000 would come and invest because they are low risk investors and not someone with $1 million who will choose to wait and see,” said Kalua.

Malawi held tripartite elections on May 20 which were blemished by logistical hiccups to the chagrin of some major political parties such as People’s Party (PP), Malawi Congress Party (MCP) and the United Democratic Front (UDF).

Since then, there has been a political impasse following a delay in the announcement of the final results and a flurry of legal battles have ensued between political parties and MEC which has culminated into the electoral body announcing the extension to announce the official results within 30 days. 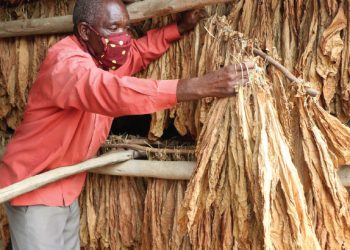