The man, with at least 25 years more to go before formally retiring from active employment, does not have immediate answers and standing in his way are two colossals: government labour laws and his former employers linked to one of the worldÃ¢â‚¬â„¢s biggest, richest and influential mining firms in the world.

This is the story of a bedridden man in the northern MalawiÃ¢â‚¬â„¢s district of Karonga, Kadwell Sichinga, who says he is ready to take on the employers to get what he thinks are befitting dues following his life-threatening industrial accident.

Not only is Sichinga up against a giant cross-listed multinational, he also has to contend with the Malawi Government labour laws machinery, which has thrown its weight behind Paladin Africa Limited. The company owns Kayelekera Uranium Mine where Sichinga was working.

The beginning of problems

Life was normal for Sichinga: He had a steady job at K40 000 salary per month (about $240), with great prospects and a stable family whose future also looked bright. He could easily afford the familyÃ¢â‚¬â„¢s upkeep, food, education and other needs.

But that was before March 6 2009. Since then, SichingaÃ¢â‚¬â„¢s life has been turned upside down, his dreams shattered, leaving his childrenÃ¢â‚¬â„¢s future in serious jeopardy.

While working as Ã¢â‚¬Ëœan eliminatorÃ¢â‚¬â„¢ at the construction site at Kayelekera Uranium Mine in Karonga, Sichinga and two colleagues were caught up in a fireball.

His colleaguesÃ¢â‚¬â€Lusekelo Mbaso and Mabvuto PiringuÃ¢â‚¬â€later died in hospital from severe burns. Sichinga, who suffered life-threatening injuries, is lucky to be alive and tell his story.

Lucky only because he says he is still breathingÃ¢â‚¬â€and nothing else. Sichinga says he can longer engage in any gainful employment to support himself andÃ‚Â  his family.

His is an accident which might have been forgotten by many Malawians, but the surviving victim and families of the deceased two colleagues are ready to battle Paladin Africa, an arm of Paladin Energy that mines uranium in Karonga.

In an exclusive telephone interview with The Nation from Karonga, Sichinga said while his slow recovery from the burns and the resultant deformation of his body continue to gnaw at his heart, what he finds most painful is his inability to fend for his family.

Says Sichinga: Ã¢â‚¬Å“I am going through a lot of suffering right now. I cannot work and the future of my children is doomed now and my family is suffering.

Ã¢â‚¬Å“It was a [devastating] accident. Up to now, I am not feeling well. In fact, I am travelling to Lilongwe from my home in Karonga for medical attention. It has been a terrible experience.Ã¢â‚¬Â

He says the K950 000 compensation offer from the company Ã¢â‚¬Å“is too low, considering the gravity of the injuries.Ã¢â‚¬Â

But he admits Paladin, who took over responsibility over the victims when the accident occurred, are still paying for his medical care.

According to his lawyer Ralph Kasambara, who is handling the case pro-bono (for free), the families of the deceased two colleagues received K500 000 (about $2 994) each as compensation.

The family of the late Mbaso says he was their breadwinner and left a three-year-old daughter. Particulars of the late Piringu were not readily available.

Says Sichinga: Ã¢â‚¬Å“They offered me the money [K950 000] as compensation, but I declined to take it because I think it was too little. If you look at me, you can appreciate what I am talking about. I want the company to increase the amount, so I have consulted a lawyer and human rights organisations.Ã¢â‚¬Â

According to hospital information presented by the families to the lawyers, Sichinga suffered third degree burns on the head and neck, down to the whole body, ravaging the hip and lower limb except ankle and foot.

The report says the victim has corrosions involving 50-59 percent of body surface.

Kasambara confirmed in an interview that Sichinga and one of the deceasedÃ¢â‚¬â„¢s family members have approached him to pursue the issue of compensation.

The lawyer said he is still looking for some information before commencing the case.

Said Kasambara: Ã¢â‚¬Å“We are doing the groundwork and we will be providing pro bono services to the families because we understand they cannot afford legal fees, but they have a genuine case. The money being offered as compensation is too low.Ã¢â‚¬Â

Centre for Human Rights and Rehabilitation (CHRR) executive director Undule Mwakasungula says his organisation will join the case to ensure that the victims get Ã¢â‚¬Å“reasonable compensationÃ¢â‚¬Â.

Mwakasungula also argues the compensation is inadequate and the company needs to do more to show that it cares.

Ã¢â‚¬Å“As CHRR, we will follow up until we see full compensation of the victims and their families. We will work with lawyer Ralph Kasambara in handling this,Ã¢â‚¬Â he said.

In a questionnaire response, Paladin Energy Limited general manager (international affairs) Greg Walker defends the amounts given to the victims, arguing they were in accordance with the provisions of the laws of Malawi.

Says Walker: Ã¢â‚¬Å“The figures are in accordance with the provisions of the WorkersÃ¢â‚¬â„¢ Compensation Act of Malawi.Ã¢â‚¬Â

He said the company cares about the welfare of its employees and that the three victims were initially evacuated to MalawiÃ¢â‚¬â„¢s commercial city, Blantyre, before being flown to a South African hospital for specialised treatment.

Ã¢â‚¬Å“Regrettably, despite this high level of care, two of the three construction workers subsequently passed away. Total expenditure on medical treatment and other expenses to date exceeds K200 million [about $1.20 million],Ã¢â‚¬Â he says.

Walker also says the company renovated and upgraded the living victimÃ¢â‚¬â„¢s house to accommodate his disabilities and that it is still helping him to establish his own business.

He says Paladin is aware that one of the victims has sought legal advice on the compensation.

Walker says by seeking legal advice, the victim is only exercising his right to legal recourse.

But he says despite such risks, Kayelekera has never registered any fatality or serious injury incident since production commenced in March 2009.

On PaladinÃ¢â‚¬â„¢s relationship with Sichinga, who was employed by a South African contractor at the mine, Walker said: Ã¢â‚¬Å“Construction workers were engaged by a contractor which supplied labour services to the company during the construction phase. Operational employees engaged by Kayelekera Mine are employed under contract with the company.Ã¢â‚¬Â

Malawi GovernmentÃ¢â‚¬â„¢s labour commissioner Elias Zilikudondo defends Paladin, arguing the amount which was paid to the deceased families was calculated by the Ministry of Labour.

But Zilikudondo says government is not aware Sichinga declined to receive the offered compensation.

The labour commissioner says at the time the compensation was being calculated, Sichinga was not medically examined as he was still recuperating.

Ã¢â‚¬Å“The district labour officer for Karonga will arrange to have him medically examined to determine the degree of incapacity he suffered in order to calculate his compensation,Ã¢â‚¬Â says Zilikudondo.

He says while victims have the legal right to go to court, they may wish to know that compensation is calculated using a formula contained in the WorkersÃ¢â‚¬â„¢ Compensation Act, Cap.55:03. 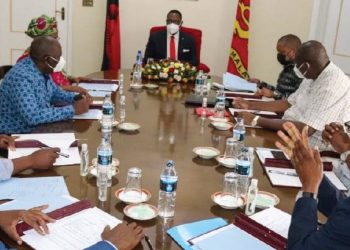