by Nation Online
in EveryWoman, Front Page
6 min read
0
Share on FacebookShare on TwitterShare on WhatsAppShare on LinkedinLinkedinShare via Email

Renowned local actress and film maker Flora Suya, 35, continues to soar in her career path, featuring in both local and international films and soaps, and being recognised within the country and beyond.

Recently she received an award in the arts category from President Lazarus Chakwera at the 2022 Presidential Zikomo Awards ceremony held at Kamuzu Palace in Lilongwe.

She was recognised alongside three others in the arts category, including veteran actress Enifa Chiwaya; poet Luckier Chikopa and visual artist and filmmaker Elson Kambalu.

Suya, who is also the brains behind soapies Spouses and Workmates as well as Mdyangu aired on Times Television, says being recognised in the Zikomo Presidential Awards was one of the highlights in her career as a filmmaker, adding that she is ready to do more.

“The president and Dr Rachael Sibande said in their speeches at the ceremony that ‘to whom much is given, much is expected.’ And I’m already in pre-production of two films that I’m shooting this year titled, Chimwemwe and Nothing but The Truth,” she explains.

In 2010 and 2013 she was also nominated as the best actress in a leading role for her performances in Shemu Joyah’s films Seasons of a Life and The Last Fishing Boat.

Additionally, she got a recognition as an achiever in narrative feature film in 2016 in the United States of America (USA) for her feature film titled, My Mother’s Story.

Looking back to when she first started acting, she is so sure that acting found her.

“I was 10 years when someone from our neighbourhood wanted to do a theatre performance that needed a child and when he asked around, people told him to try me.

“He came home and asked my father for permission, but he refused. But since I was a fan of the Pamajiga Radio play, I sneaked out and told the person that I could do it if we kept it under wraps.”

And fortunately, when the time came to perform, she found it exciting. “I loved the attention and the feedback. When I went to Zingwangwa Secondary School, I joined the drama club and after sitting the Malawi School Certificate of Education (MSCE) I became part of Wakhumbata Ensemble Theatre. After a few years of doing stage performances, I auditioned for Mr Shemu Joyah’s first film, Seasons of a Life and the rest is history,” she explains.

As far as she is concerned, acting is nothing else but fun. And what she loves most about it is that she can be anyone or anything.

“What I love most about it is the fact that I can be anyone or anything, especially when playing characters that have no relationship or similarities to me—characters that people remember for a long time. A good example is the role of Abiti in The Last Fishing Boat. 10 years later, people still talk about her. It’s exciting,” she says.

As an actress she is inspired by a few role models, both local and international. She says: “locally I admire Enifa Chiwaya; her acting skill, passion and dedication really motivate me to keep pushing forward.

“Internationally, Kimberly Elise is my role model. She’s an amazing actor that makes you forget that you are just watching a movie. I fell in love with her acting when I watched For Colored Girls. She played the role of Crystal Wallace,”

But as far as the local theatre industry is concerned, the award winner cites that there is need for some level of seriousness on the part of the producers themselves.

She says: “for a long time we have been complaining about the lack of support from people. I think we need to do some soul searching and find out what we are doing wrong not to attract the support we need.

“I’m sorry to say, but some of our productions leave a lot to be desired. Let’s improve our stories, screenplays and everything that plays a role in putting together a great production.”

As a female actress, she also states that most of them are faced with some challenges within the industry.

“For a long time, we have had males leading the industry and some people still haven’t warmed up to the fact that the females can also do something worth watching.

“So, instead of looking at that as a challenge, I decided to work hard and focus. My target is to push hard and make people turn their heads and start paying attention to my productions,” says the youthful actress.

She was raised by both parents at M’bwelera—a small township in Blantyre. “I’m from the ghetto and I was one happy child. My parents didn’t have much, but they loved us and were there for me and my siblings. There were times when I sent to school without shoes but that wasn’t a big deal because I wasn’t the only one. I have beautiful memories of my childhood, including doing some small businesses to buy a dress to wear on Christmas Day and a bottle of Fanta that I’d walk around with the whole day,” she says.

Ninth born of 13 children in her family, Flora pursued her secondary school education at Zingwangwa Secondary School and Bennin Girls Private School in Njuli where she sat her MSCE.

She went on to study journalism at the Polytechnic’s Continuing Education Centre just for a year and dropped out when she decided that if she was going to study anything then it had to be film production.

The mother of two was brought up in a Christian home with a strict father, and for them, going to church was not an option but a must.

As children growing up, they could not do anything that had nothing to do with school.

When she decided to go into acting, she would sneak out and go for rehearsals without her parents knowing.

“When my father found out that I had been acting, I got a beating. But now he is proud of what I have become,” she says.

Can excessive force be classified as battery? 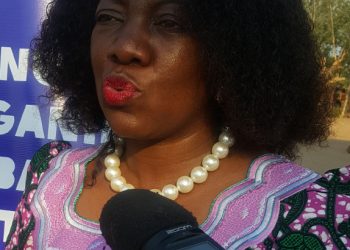