by Staff Writer
in Editors Pick, National News
3 min read
0
Share on FacebookShare on TwitterShare on WhatsAppShare on LinkedinLinkedinShare via Email

There was a huge turnout of voters on Wednesday in polling centres that failed to cast their vote in Blantyre City following violence that was caused by irate voters protesting against delayed availability of voting materials.

The Malawi Electoral Commission (MEC) said on Tuesday the centres would reopen at 10am, but as early as 8am, most people had already arrived when The Nation visited Chiwembe and Nkolokoti polling centres.

But like Tuesday, MEC delayed in distributing the voting materials that, as at 12pm, Chiwembe and Nkolokoti centres were yet to receive anything.

This time the voters were patient and in random interviews, many of them said they would wait until they vote. Both centres eventually received materials around 12.30pm.

Security was tight and was being manned by Malawi Defence Force (MDF) soldiers.

At Nayizi Polling Centre in Blantyre City South East Constituency in Namiyango Township where voting was also disrupted by irate voters in the morning on Tuesday, people voted during the night until Wednesday morning, according to one of the monitors.

In the morning, they also received many people wanting to vote and the centre was reopened around 4am and people voted until around 10am.

In Blantyre City Central Constituency in the volatile Ndirande Township, some centres also experienced late opening due to late arrival of voting materials.

Ndirande Matope Polling Centre was peaceful with people waiting although voting had not yet started as of noon.

According to the presiding officer at the centre, voting was being conducted normally on Tuesday until voters from other centres whose voting process was disrupted came to cause havoc.

Voting at Ndirande L.E.A. School started at 12pm as materials had not yet arrived by 10am and the electorate had also turned out in large numbers to exercise their right.

Gertrude Mpaso, presiding officer at the centre, said people from nearby centres where voting was disrupted also caused chaos at the centre.

She said the people came to her office and demanded already cast votes to set them ablaze as there were no law enforcers at the place.

Mpaso said nine ballot boxes with votes were burnt in the process and it is the police who came to calm the situation after being alerted.

In Chiwembe Township, also in Blantyre City South East Constituency, some voters expressed worry with delayed arrival of voting materials even on the second day.

“We were told to report to this polling centre by 10am, but this is 1pm, yet nothing is said and done. We don’t know what is keeping them long and now we wonder if at all we will vote,” said a Chiwembe-based citizen.

According to the centre’s presiding officer, Martha Samu, the commotion started when it emerged that the voting materials that were supposed to be used at the centre were mixed up with those of Lilongwe South West Constituency.

Voting on Wednesday started at 15.15 hours, a far cry from MEC’s announcement that voting would start at 1pm.

One of the voters, Sunduzwayo Phangaphanga, expressed displeasure at the delay, describing it as unfair.

However, the heavy presence of security officers who came in four pick-up truck loads visibly instilled calm in the agitated voters. 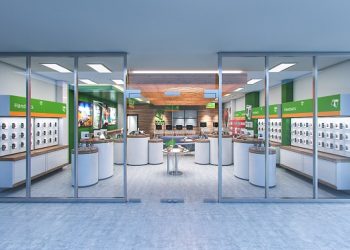