Inspired by poverty to save, serve lives

Henderson Fole, 32, a humble resident of Ndirande Township in Blantyre, stands behind Jennifer James, 20, and Christopher Banda, 22, closely monitoring how the two are running the machines over hems of shirts.

Sitting a few metres away are Gift Jailosi, 18, and Mercy Kadango, 21, waiting for their turn to stitch sample clothes.

The four are among 15 students pursuing fashion and design at Fole Tailoring School.

“I was attracted to enrol at this school after interacting with a friend who was also trained here. She is now a respected tailor [in Chilobwe] and is winning contracts to sew designer clothes from where she pays fees for her children without hurdles,” testifies James. She adds: “Fole is a great trainer! And this makes me optimistic that I will come out of the place a professional tailor ready to serve my family and the community at large.”

But three years ago, Fole suffered abject poverty, which had ruthlessly gripped his family.

He neither forgets the wretchedness that once defined his daily life and that of his family nor the entrenched social and economic inequalities that tend to pave the way for many people’s destitution and bondage.

Fole says, at best, he was a prisoner of poverty and had no hope for the future.

He says he fought an exhausting battle to get to where he is today, pushing against the entrenched social and economic inequalities.

His journey to success started with enrolling for tailoring lessons with a local tailor in Ndirande in 1996.

He learnt the trade in two months after paying K700 as tuition.

Fole says the training helped him secure jobs with a number of local tailors where he worked as an assistant tailor.

He says although what he earned was enough to sustain his family, the social and economic difficulties his peers went through made him feel uneasy.

“I felt uneasy because I always believed that, just like any responsible Malawian, it is my responsibility to assist government in fighting social and economic challenges among the youth,” explains the humble trainer.

Fole thought opening a tailoring school that provides training lessons at affordable fees would be the strongest tool for empowering the loafing community, particularly those with limited education.

However, capital was his major challenge. Thus, in 2012, he trekked to South Africa where he worked for about two years and saved enough for the start-up machines for his school.

“I picked up any job that availed itself, including petty ones, just to secure enough money for buying sewing machines for this initiative,” he reveals.

After saving enough for two machines, he returned home to establish Fole Tailoring School in April 2014.

He says he was particularly happy to note that chiefs and parents and guardians of unemployed youths were supportive of the initiative.

Fole believes chiefs and parents supported the initiative because they knew it would empower the unemployed community with skills and knowledge they needed to set up their own businesses.

“For those already working, the tailoring skills acquired can help them earn a promotion,” he says.

“The school is registering tremendous growth such that I’m considering registering with Teveta [Technical Entrepreneurial, Vocational Education and Training Authority] anytime soon so that the certificates I give should be recognised by Teveta and tailoring companies,” he explains.

Still, Fole believes the predicaments he went through pointed to a pool of blessings he is swimming in today and is determined to share those blessings with fellow Malawians in need. n

I welcome Msaka’s decisiveness on environment 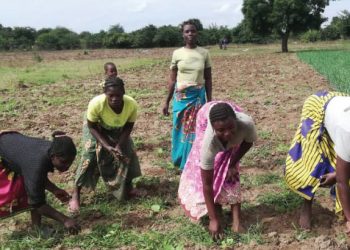 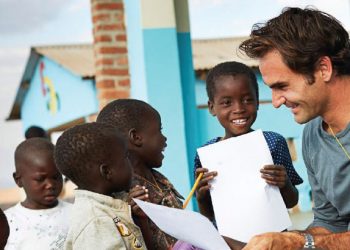