Is Malawi losing the corruption fight?

When Nelson Mandela said ‘our major challenges are joblessness, crime and corruption’, many thought he spoke for South Africans only, but if you look around, these are calamities that continue to derail success of most African countries have not spared Malawi.

The 2013 Malawi Labour Force Report by National Statistical Office (NSO), published in April 2014, says 20 percent of the population within the employment age is jobless. Although, there are no official recent statistics on crime, the situation has been discouraging. The media has been awash with crime cases such as theft, assaults, rape, defilement and armed robbery. Several people, including the police have lost lives. It is the same story in corruption.

The unraveled plunder of public funds in government, dubbed Cashgate, showed how deep-rooted corruption fuels fraud, leading to lots of public funds going down the drain.

Michael Jana, lecturer in Political and Administrative studies at the University of Malawi, Chancellor College, agrees and says he is not surprised that there has been Cashgate.

“I know corruption is, and has been, happening in Malawi in every sector and in many forms,” insists Jana.

He argues that during Hastings Kamuzu Banda’s era, it was hard to differentiate between state property, party property and Kamuzu property. He adds that corruption turned to be free for all during Bakili Muluzi’s tenure and stresses that evidence shows that corruption worsened from 1997 onwards.

“During Bingu Wa Mutharika’s era, corruption started to take another shape where those mostly connected to the powers that be, enjoyed some favours from the state. So, from a centralised corruption of Kamuzu to decentralised of Muluzi to the aristocratic corruption of Bingu, you can see that Malawi society is now infested with corruption since independence,” says Jana.

The stories that accompany one’s profile after being a president in Malawi attest to this. Malawians questioned some of Kamuzu’s property when he left office and some of it was turned into public trusts.

Muluzi as well had his share of this cake of alleged corrupt practices hounding him once in power. He still has a graft case in court.

Although Bingu died while in office, his profile has not been spared of corruption allegations. His K61 billion wealth is being questioned.

On her part, Joyce Banda is working to clear her name from the Cashgate ills that took root during her tenure.

Jana adds: “Given the structure of Malawi’s economy where the private sector is so underdeveloped that the state remains the only meaningful avenue for influence, I can argue upfront without fear of contradiction that every Malawian, from the president at the State House, to civil society organisation directors, to lawyers, police officers, immigration officials all the way to an accounts clerk in Chitipa, every Malawian is a potential public funds vampire.”

The 2014 Institute for Public Opinion and Policy Research (IPOPR) survey on corruption, whose results were released two weeks ago, mirrors Jana’s opinion. It shows that most Malawians believe in that politicians and those in government are more corrupt.

The findings are not surprising. Quite provoking was the 2010 governance and corruption survey by the Centre for Social Research (CSR) by Blessings Chinsinga, Boniface Dulani, Peter Mvula and Joseph Chunga. It indicates that 52 percent of Malawians believed that corruption had worsened, and four years later, a similar survey shows that the percentage has climbed to 92.

But where are institutions mandated to rout corruption?

Khumbo Soko, secretary for Malawi Law Society observes the institutions are not effective.

This has a bearing on the public’s desire to report corruption practices as shown in the report. It reports that most people do not understand the process and believe that, even if they report, there will be no enforcement.

Soko observes that Malawi risks being minimalist in its approach to fighting corruption if judged from its successes or failure to combat corruption on the basis of few institutions’ work.

“Fighting corruption will have to involve a reversal of altitudes at a much broader level. There is need for a turn-around of attitudes, commit ourselves to more ethical way of doing things. More importantly, we need to invest more in systems and institutions that work to prevent corruption from occurring in the first place.

“At the boarder level, we need to enact the Access to Information Bill. We also need to protect whistleblowers. The police, Anti-Corruption Bureau [ACB] and office of the Director of Public Prosecution [DPP] should be independent,” suggests Soko.

Egritta Ndala, spokesperson for the graft-bursting body, ACB, admits the struggle in fighting corruption as she continues to lament against law systems which she claims let them down. She told The Nation of August 10, 2015 that sentencing trends for corruption offenders by the courts derails their grip in corruption fight.

In February, she proposed for Corrupt practices court and warrant free arrests, a request she also raised in The Nation of August 7 2015.

Jana goes beyond this to blame lack of independence of ACB and other offices that fight corruption.

“Malawi needs to strengthen legal measures to curb corruption. I think the ACB is not effective because the director, who approves all investigations and prosecutions, can be hired and fired by the President. As a result, they often fail to investigate cases involving top government officials, especially if the Executive is implicated. Malawi needs an independent body to make appointments to such and other similar positions so that the holders of such positions should be guaranteed of their job security even if they are pursuing cases involving the Executive,” he suggests.

Rhoda Manjolo, national police spokesperson, says the police is effective in fighting graft and says it plays its role well only that it is let down by secrecy and individual attitudes. She says corruption involves two people and if one hides, then they are helpless.

“It is time we changed attitude and report corruption. My office does not shield anyone including staff and this is a statement of commitment and effectiveness,” she says. 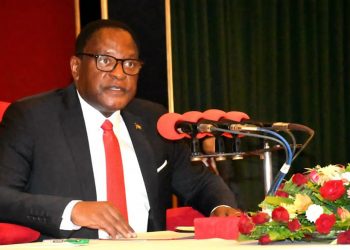