Flames midfield star Robert Ng’ambi and striker Atusaye Nyondo on Tuesday said they are most likely to miss Saturday’s swim-or-sink 2015 Africa Cup of Nations preliminary round return leg against Benin.

The two players told The Nation in separate interviews from South Africa that, unless something develops up, they have already given up hope due to logistical hitches beyond their control.

The development comes as a setback for the Flames who need a full-strength squad for Saturday’s showdown to overturn the tables having lost the first leg 1-0 away in Cotonou which both Ng’ambi and Nyondo also missed.

“I had a meeting with the club’s [Platinum Stars] management over the issue, but what came out very clearly was that they do not want to release me and the reasons they are giving are my level of fitness having just recovered from injury and that the Benin match clashes with the club’s MTN8 match against Mamelodi Sundowns which will also be played on the same day,” said Ng’ambi from Rustenburg in South Africa.

Ironically, Ng’ambi’s last appearance for the Flames was against Nigeria’s Super Eagles in a 2014 World Cup qualifier in September last year. Since then, he has missed a number of competitive and friendly matches due to injuries.

Nyondo also cast a doubt on his availability saying: “I do not think my work permit will be ready anytime soon. I had assumed that it would be ready by this week, but from the look of things, I might even miss the early part of the season here.

“It is very frustrating, but there is nothing I can do about the situation. Nevertheless, I am confident that the guys will do the job.”

Nyondo cannot travel outside South Africa as his passport is with the department of Home Affairs for work permit renewal.

And with the increasing doubts on the availability of the duo, FAM has called up battle-scarred forward Esau Kanyenda, who according to chief executive officer Suzgo Nyirenda, is expected to fly in today.

However, Kanyenda said his release would be determined after meeting his club Polokwane City’s director Johnny Mogaladi yesterday.

Commenting on Ng’ambi, Nyirenda said they were waiting for Platinum’s final decision that was expected to be communicated later yesterday.

“The problem is that apart from assessing his fitness, they [Platinum] also have a game on the very same day. So, it is indeed a tricky situation, but we haven’t given up yet.

“As for Atusaye, it seems there is a change in the process of acquiring work permit in South Africa and it takes a bit longer. He is not the only player who has been affected. However, his club [Pretoria University] chairperson is scheduled to meet the PSL later today because they too fear they may miss the services of their key foreign players when the season starts,” he said.

Robin Ngalande arrived on Monday, DR Congo-based midfielder Joseph Kamwendo is expected on Thursday while Bloemfontein Celtic duo of Limbikani Mzava and Frank ‘Gabadinho’ Mhango will be the last to join the team just over an hour before the match on Saturday. 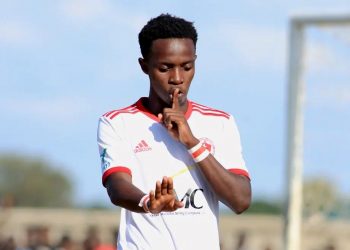