by Ephraim Nyondo
in Front Page, National News
7 min read
0
Share on FacebookShare on TwitterShare on WhatsAppShare on LinkedinLinkedinShare via Email

Sharp differences between the National Assembly and the Anti-Corruption Bureau (ACB) over the deputy speakers’ housing allowance controversy have frozen justice for the taxpayer and raised fears of selective application of the law.

While the National Assembly suspects that deputy speakers Esther Mcheka-Chilenje and Clement Chiwaya may have behaved corruptly and fraudulently in making Parliament pay them higher housing allowances than their entitlements, ACB says the scandal was merely an administrative misstep, not corruption.

The bureau, which investigated the matter on Parliament’s request, has since recommended closure of the cases’ dockets while advising Parliament to settle the matter administratively.

Last year, our sister newspaper Weekend Nation revealed that Mcheka-Chilenje and Chiwaya were receiving K550 000 (about $795) per month in house rentals between July 2014 and December 2015 instead of K250 000 (about $360) house allowance entitlement that Parliament believed President Peter Mutharika had approved from an old rate of K150 000 (about $216).

The deputy speakers presented documents to Parliament Secretariat purporting that they were tenants to someone when, in fact, the houses were theirs.

Following Weekend Nation’s revelations, the Parliamentary Service Commission (PSC) lodged a complaint to ACB and ordered the secretariat to stop the K550 000 house rental payments and instead give the deputy speakers the K250 000 housing allowance. Mcheka-Chilenje and Chiwaya are challenging the PSC’s decision in court.

The Nation’s analysis of the ACB investigative report dated April 20 2016 and Parliament’s undated response to the same show that the two institutions differ sharply on several hot button issues regarding the case.

These differences include whether the deputy speakers’ conduct is tantamount to corruption; whether Parliament Secretariat is culpable in the overpayments; why the National Assembly continues to pay rentals for Speaker Richard Msowoya, yet it discontinued the deputy speakers’ rental payments and whether the President approved new housing allowances for the speakers.

The other source of divergence is what sort of administrative action should be taken against the deputy speakers and deputy clerk of Parliament (corporate services) Renard Mapemba—whom ACB accuses of negligence of duties.

On whether corruption was involved, ACB says in the report that it sees no evidence of the vice by Mcheka-Chilenje and Chiwaya residing in their houses and receiving rents instead of housing allowance.

The bureau argues that terms and conditions for deputy speakers allow them to stay in their own houses or in rented properties—either way, says the bureau, they would be entitled to the same allowance.

But Parliament, in its response, notes that ACB is mixing up “house allowance” and “house rentals”.

Parliament had to adjust the house rental limits for the three speakers after the secretariat could not get suitable accommodation within the old limit of K450 000 for the Speaker, K150 000 for deputy speakers and K100 000 for the leader of Opposition.

Thus, at an extraordinary meeting held on July 13 2014, the PSC resolved, among others, that rates for housing be adjusted to K750 000 for the Speaker and K550 000 for deputy speakers to be paid directly to landlords for the procured service (house rental) not to the individuals as an allowance.

This is why, says Parliament, leader of opposition Lazarus Chakwera—who opted to live in his own house—has consistently been getting K100 000 house allowance as there was no need to find accommodation for him, which may also have been possible at a rate beyond his allowance entitlement.

ACB also doubts whether the President indeed approved new housing allowances for deputy speakers to K250 000. But Parliament says there was what they believed was a hand-written approval from Mutharika and it was the ACB’s job, if it doubts the fact, to investigate the matter further.

On Parliament’s culpability, the bureau argues that the Secretariat should not have allowed the two to mislead them, saying they should have verified ownership of the houses.

But the National Assembly shoots back: “The offices of the Speaker and deputy speakers are very high offices, which carry with them an expected level of integrity. The deputy speakers presented to the Secretariat tenancy agreements for houses which they had identified based on their house rental entitlements. The Secretariat had no reason to be suspicious or to doubt the authenticity of the tenancy agreements.”

The two are staying in their own houses while the Speaker is in a rented house, which Parliament has procured for him, with payment directly going to the landlord.

The report again shows that K9.9 million (about $14 300) was deposited between July 2014 and December 2015 to Patricia Banda, whom Mcheka-Chilenje presented to PSC secretariat as her landlord. Banda turned out to be her daughter, who runs Mouse House Estate Agent, which is not registered with the Registrar General’s Department.

The money was being deposited into MSB account 2005067855002, opened by Banda on October 3 2014. Banda gave power of attorney to Mcheka-Chilenje, who was the only one drawing the money, according to the report.

ACB investigations add that the house Mcheka-Chilenje is residing, plot number 47/1/42 located in Area 47 in Lilongwe, is owned by herself, not Banda.

Chiwaya, according to the ACB report, presented a tenancy agreement to PSC Secretariat that his landlord—of the property title number Alimaunde 49/1/921—is Tsogolani Estate Agent, owned by Alex Major, Kasungu West member of Parliament (MP), who turned out to be Chiwaya’s friend.

Besides, Chiwaya, according to the ACB report, shows that after being elected as deputy speaker on June 16 2014, he was accommodated at his own expense at Capital City Motel up to September 2014.

Yet though Chiwaya received his house rentals starting from July 2014, the ACB report shows that Parliament, again, paid Chiwaya K200 000 as reimbursement for his hotel accommodation.

The ACB’s decision to close the docket and the PSC’s response to reserve its comment creates a governance question of which institution, then, should take up the matter to its logical conclusion.

Legal experts we have talked to, including University of Cape Town’s law professor Danwood Chirwa, Malawi Law Society (MLS) and University of Malawi’s Chancellor College constitutional law academic Edge Kanyongolo, agree that the Director of Public Prosecutions (DPP) is the rightful office to take up the matter now.

“I think the most relevant authority for this sort of crime is the Director of Public Prosecutions, not the ACB,” said Chirwa, adding that the DPP would ideally instruct investigators and expect a report from them.

If the DPP does not decide to prosecute, Chirwa said, he or she may be held to account by Parliament.

Chirwa said if the DPP does not prosecute the MPs, or is reluctant to do so, a private prosecution can be commenced, which could force the top State prosecutor to take over the proceedings.

In a separate e-mail interview, MLS honorary secretary Khumbo Soko also said the real power to prosecute suspected fraud and corruption lies with the DPP, not ACB and that is where the buck should stop.

He said: “It must always be borne in mind that the final authority on criminal prosecutions in the country, even in cases of suspected fraud and corruption, is not the ACB, but rather the Director of Public Prosecutions.

“If the Legislature is convinced that it has sufficient evidence of wrong doing by the two, and if the bureau for reasons best known by itself does not want to prosecute them, then it has the option of referring its docket to the DPP. ”

Put to him that this appears to be a case of the Legislature pitted against the Executive in what could be political manoeuvring on both sides, Soko said ideally, this should not be about the Executive being pitted against the Legislature, but rather about the ACB and other allied law enforcement agencies making decisions that are independent in both fact and appearance.

He said: “That this appears to be a tug of war between the Executive and the Legislature is potentially indicative of the bureau’s operational independence being compromised.”

He also faulted the ACB for not referring the matter to the DPP.

On his part, Kanyongolo said if it is suspected that the conduct of the two amounted to any other crime under the Penal Code—such as theft, obtaining property by false pretences, false claims by officials etc, the matter can be referred to the DPP or the police for action.

If the DPP were to decide not to prosecute the case, MPs could compel him/her to explain the reasons for the decision to the Legal Affairs Committee of Parliament as is provided for under section 99(3) of the Constitution,” he said.

But in an e-mail response yesterday, the DPP’s office said it could not comment on a matter that the ACB already handled.

He said this would result in the two being charged with criminal offences revolving around theft by public servant, fraud or misappropriation of government funds.

Asked yesterday on what action the National Assembly would take given the ACB’s position and views of experts, legislator Vitus Dzoole Mwale—speaking on behalf of the PSC—said: “As of now, I cannot say anything about the next step because we are waiting for the ACB to respond.”

As we went to press, ACB senior public relations officer Egrita Ndala was yet to reply to our questionnaire, insisting that those involved in the issue had not provided her with details. n 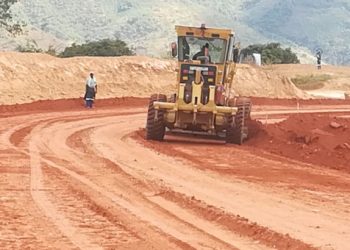