by Dyson Mthawanji
in Education, Feature
4 min read
0
Share on FacebookShare on TwitterShare on WhatsAppShare on LinkedinLinkedinShare via Email

Since his secondary school days at Army Secondary School in Blantyre, 22-year-old Justin Jelason has been dreaming of setting his foot in one of the public universities, namely University of Malawi (Unima), Mzuzu University (Mzuni) Lilongwe University of Agriculture and Natural Resources (Luanar) and Malawi University of Science and Technology (Must).

He worked so hard following the philosophy that there is no sweet without sweat. Even Balaka-based musician Lucius Banda said in his song Adzalira that for one to get honey, he or she should overcome challenges.

“When I set a goal to go to university, I started working very hard. While my friends were sleeping or playing, I was usually awake solving mathematics and studying different books. I was doing well in class and I assured myself that a day would come for me to be called a university student,” says Jelason, who comes from Malindi Village, Traditional Authority (T/A) Chowe in Mangochi, but he lives at Liwonde in Machinga.

He sat for Malawi School Certificate of Education (MSCE) examinations in 2012. Sadly, before sitting for the examinations, his mother died. He looked forward to the results with bated breath. When the results were out, he scored 23 points. He smiled hoping that he had secured a ‘visa’ to walk into university corridors. Unfortunately, he was left out when he sat for Unima Entrance Examinations (UEE).

“Unima did not pick me when I sat for UEE. However, I did not lose hope because I believe that when you quit, you lose and when you proceed, you win. I wanted to be a winner, so I decided to go back to secondary school to sit for MSCE again,” says Jelason.

In 2013, he enrolled at Liwonde Night Secondary School where he continued working hard. This time, he scored 17 points. But his jubilant face turned into a sorrowful one because the same year his father died.

At this juncture, Jelason became the head of the family looking for his five siblings, two brothers and three sisters.

“I make sure that my brothers and sisters go to school by paying school fees. All these siblings depend on me,” says Jelason.

His father, who worked as a soldier at Malawi Defence Force Marine Unit in Mangochi, retired in 2008. Upon his death, the father left five dilapidated houses near Liwonde Roadblock. The children live in one of the houses and rent out the other houses.

“Monthly, I collect K30 000 as rent from these houses. All the money is used for paying school fees for my brothers and sisters. One of the sisters is at Balaka Secondary School. She demands a lot of money for her school resources, leaving our home without food and other basic necessities,” Jelason laments.

Another hope for the children was a three-tonne vehicle which the father also left. The father died while a mechanic was working on the vehicle following a fault it had developed.

Jelason sheds tears as he explains this painful incident: “We thought we would be using this vehicle to make money for our survival. When people see this vehicle outside our home, they think we are rich, but that is not the case; we are struggling to survive. When this vehicle was in good condition it used to bring about K25 000 ($50) every day for my father. But this is no longer the case today because the vehicle is grounded.”

This huge responsibility has always reminded him to keep on dreaming of going further with his education believing that education is the weapon that can defeat his poverty. Even Nelson Mandela once said: “Education is the most powerful weapon which can be used to fight poverty.”

Jelason applied for admission into Mzuni. Luckily, he was picked in 2015/2016 intake as a generic undergraduate candidate, according to a press release by Mzuni administration that appeared in The Nation of May 8, 2015. The classes will commerce on Monday 31 August 2015.

Instead of shedding tears of joy that he had made it to university as per his dream, Jelason locked himself in his room shedding tears of sorrow. He cried because he was selected to Mzuni as a self-sponsored student, meaning that he is supposed to pay the fees himself. He is not eligible for government loan for his school fees.

“Of course, I’m happy that I have been selected to university, but my joy is not full as people may expect, because I don’t have anybody to pay my tution fees. I wish my father were alive because he also wanted to see me going to university. He could pay for my university fees,” Justin says while shedding tears outside his dilapidated home while his           21-year -old brother Thokozani looks on.

Listening to Jelason carefully, it reveals that he is in dilemma on whether to sacrifice welfare of his siblings for his university education. Yes, his only option is to sell all the property so that he can raise the tution fees which is K250 000 ($500) per academic year.

“But if I sell the houses and other properties, it means my brothers and sisters will be destitute. I don’t know what to do,” complains Jelason, pleading with well-wishers to help him so that he can realise his dream of pursuing university education.

As some people admire Justin for making it to university, they sympathise with him as they look forward to Monday 31 August 2015 to see whether Jelason will be in class.

Section 25 (1) of The Constitution of the Republic of Malawi states that all persons are entitled to education. However, it is doubtful whether Justin will enjoy this right come Monday 31 August 2015 because the Mzuni banner is clear, loud and in capital letters for him: ‘No Fees, No Classes!’

Why not a Chisiza cultural centre? 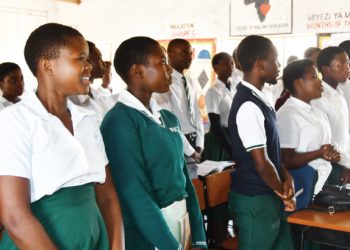 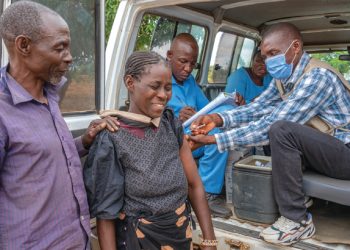 Why not a Chisiza cultural centre?