‘Poverty no excuse for forestry plunder’

Government has dismissed as a lame excuse assertions that poverty is the reason driving Malawians into illegal charcoal production.

Minister of Natural Resources, Energy and Mining Bright Msaka was speaking last week during a tour to appreciate efforts being made to conserve Dzalanyama Forest Reserve in Lilongwe.

Earlier on, one of the community members Abasi Sakisoni, attributed, in a separate interview, their extensive charcoal production in the forest to poverty.

Sakisoni said with no alternative source of livelihood, they resort to cutting down trees and making charcoal to help support their families.

But Msaka could have none of it

“Poverty can never be an explanation for us to plunder our environment at the pace we are doing today. I just do not buy it when people ask for leniency whenever caught in the illegal charcoal trade; attributing it to their poverty.

“If poverty is an excuse, let us tell poor people to come and steal from us in our homes. It is important for us to use the environment sustainably so that 40 years from now the next generation will use the forest reserve. Wanton cutting down of trees must stop and that’s why the MDF [Malawi Defence Force] was called in,” said Msaka.

The minister also ruled out backing the use of charcoal being part of the country’s energy equation, saying the product is more detrimental to livelihood than it is thought to be. He, instead, encouraged the communities to consider using other forms of energy and desist from charcoal use and production as it is not only detrimental to the environment, but also costly and involving.

His sentiments also come at a time when reports suggest that only nine percent of the population is connected to the national grid managed by the Electricity Supply Corporation of Malawi (Escom), with the rest relying on fuel wood for their energy needs. Only a fraction of the population is into green energy use, according to the ministry.

Illegal loggers and charcoal producers nearly brought the reserve to its extinction before government intervened last year by deploying soldiers to help patrol the forest in scaring the perpetrators off.

Among its significant uses, the forest reserve forms a catchment area for Lilongwe River that supplies water needs to thousands of residents in the capital city and its surrounding districts.

Government, in conjunction with various stakeholders, has since embarked on a campaign to promote the use of green energy in the face of population growth and climate change.

But even in firewood use, environmentalists promote the use of energy saving cook-stoves to help attain sustainable use of the environment.

Meanwhile, environmental experts say it takes seven tonnes of wood to form a tonne of charcoal.

Trent Bunderson of Total Landcare (TLC), says a household currently uses 2.6 tonnes of wood per year, which equals 15 trees per year; over 20 per cent of household incomes is spent on fuel wood, translating to $150 to $250 (between K82 500 and K137 500) annually while women and children spend over 520 hours yearly collecting fuel wood per household.

But projections within the same period sound astonishing if the improved cook-stove is used as it saves the cost by almost half.

“With 15 large trees saved (or 40 medium size trees) in one year, plus some three to five tons of carbon dioxide (CO2) saved; the improved cook stove is obviously the best remedy to all this mess,” said Bunderson. n 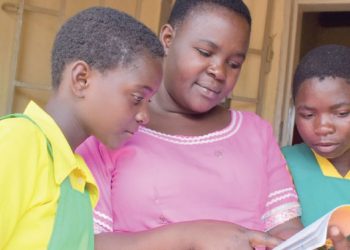