Pamtondo Creative Social Enterprise founder and poet Luckier Chikopa has been imparting her skill to students with hearing challenges in marginalised schools through sign language.

She also conveys the same skill to young women in the communities, bringing out issues that affect their lives through poetry, such as harmful cultural practices which lead to early marriages and school dropouts.

The young woman, who was among the four winners in the arts category of the Presidential Annual Zikomo Awards for her outstanding poetry, found herself in this space in August 2014 during the Ebola outbreak when she wrote her first poem under the Ebola theme.

She says the award was a great surprise, explaining: “I thank His Excellency the State President of the Republic of Malawi, Dr Lazarus Chakwera for recognising my work in the arts industry. This shows that my poetry is never underestimated and is appreciated. This Presidential Zikomo Award will serve as fuel to my poetic work.”

The young woman was also awarded as Msalamangwe ya Ndakatulo in Malawi (champion of poetry) in 2015.

But before she jumped into poetry, she used to write short stories, for which she also received a national award while in secondary school in 2012.

Today, the Muslim girl turned Christian could not be any happier that her poetry has taken her to different events and festivals.

“From 2014 when I started writing and reciting poems, my audience loved me, and I got encouraged. I have been performing in different festivals and events around Malawi and internationally. In November 2019, I represented Malawi in Zambia as a guest artist at the Lusaka National Museum during the Tilembe Literary Festival,” she explains.

She also authored an audio album called Mwamuna ndi Mbalame (a man is a bird), which highlights the immoral behaviour of older men who ruin the futures of younger girls in exchange of sexual favours.

Such ill practices have resulted in many girls becoming victims of unwanted and early pregnancies, school dropout, HIV, Aids and other sexually transmitted infections (STIs) in the country.

Her other poems have been published at Tiferet Journal of the United States of America, PEN Malawi Publications, and Libre Magazine, among others.

“My poetry focuses on gender-based violence and harmful cultural practices. Poetry is the space that I use to express myself and I carry the voice of the voiceless. I love it, especially when I am given an opportunity to perform to a larger audience,” she explains.

The youthful poet also loves this art because it is rewarding. She says: “I get part of my finances through it. I also have an interesting audience in the deaf (people with hearing difficulties), and I am currently also putting my poems in braille to help students who are visually impaired,” she explains.

But despite all the good things, there are also some challenges that they face in the industry.

For female poets for instance, she points out that enough spaces need to be created where female poets can be included.

She is quick to point out though, that it must start with the female poets themselves, by having a passion and self-discipline in the industry.

Additionally, the young woman who is also the chairperson of the Poetry Association of Malawi (Southern Region Chapter) highlights the need for proper financial benefits in the local poetry space where versifiers like her can earn a living through their works.

“It is sad to see people inviting poets to high profile events and not paying them. This must stop. It’s high time people realised that poetry is like any other career; we expect to be paid after performances because poets have families and bills to pay too,” she says.

Luckier argues that for a poet to deliver his/her work, there are many things involved that people do not see, including costumes, makeup, supporting artists, and rehearsals just to mention a few.

“A poet invests financially before the actual performance. So people have to respect the great work poets do,” she explains.

Apart from being a poet and a social entrepreneur, Luckier is also an electrical technician who studied electrical and electronics engineering.

She is currently based and working in Thyolo as an instructor in electrical installation and electronics at Milonga Community Technical College under the Ministry of Labour, Skills and Innovations.

And as a woman who is also in a technical field, the youthful poet admits that she has many challenges trying to prove to people that she can do just as well in a male dominated field.

“I have lost great opportunities in the electrical field because of my gender, and it is heartbreaking,” she says.

She was born on November 20 in her home village Jana, Traditional Authority (T/A) Msamala in Balaka.

The last born of three children in her family was born to the late Michael and Maryam Chikopa.

She has attended some leadership, organisational management and social entrepreneurship trainings with both local and international organisations.

In August 2019 she got her leadership diploma in Nairobi, Kenya under the Atlas Leadership Academy of the United States of America.

These trainings drove her to establish her own organisation—Pamtondo Creative Social Enterprise—an all-women non-profit that focuses on community issues such as climate change, energy solutions, education and women empowerment among others.

She kickstarted her career at Blantyre Arts Festival as a public relations and arts programmes officer for about five years.

However, it has been quite a ride for her to get to where she is today. Having lost both her parents at a young age, she has been raised in different households with different beliefs.

“With parental guidance from my brothers who supported my education financially and made sure that I never lacked, I can say my whole village raised me. I have lived half of my life as a Muslim but now I am a born-again Christian,” she says.

As a girl living in a normal household of a Malawian setting, she faced many challenges, and she is glad that she survived it all having experienced both village and city life.

Life is a marathon, not a sprint 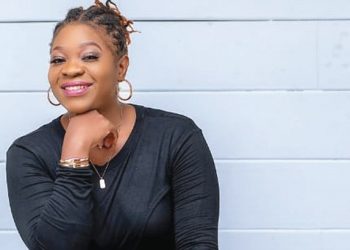