I am a married mother of two—a lovely 10-year-old son and a seven-year-old daughter. I am married to the love of my life, a hard-working man who has provided for me and my family since we got married a decade ago.

Over the years, there have been no major issues to write about—the usual ups and downs prevalent in every marriage.

However, recently he started making political connections which resulted in him getting some government tenders. Resultantly, he has found himself with money to spare.

And that is when our problems started.

Suddenly, he does not spend as much time at home as he used to. Although he takes care of me and the children (we have shelter and we always have food, plus he bought me another car, a benz), the problem is that he is never around.

He has found himself a couple of concubines of which he makes no secret about.

And whenever I approach him, he always confesses to having ‘a couple of girls’ to keep him company as I take care of the children.

Things came to a head last week when I raised the issue with both sets of ankhoswe.

After I explained my side of the story and it was his turn to respond, all he said was: “My dear, I care for you and the children, but seriously, I have got too much money which you cannot spend all on your own. Let’s share the wealth.”

That left me dumbfounded as I had no immediate response to his.

Actually, my aunt, who is my ankhoswe, pulled me aside and told me that as long as the man took care of all my needs, I had no right to complain. She actually asked me if I know of any man that does not cheat on his wife. I couldn’t think of any (my father, who I greatly adore, has two children on the side.)

Biggie, although these events sound comic, they did leave me confused and betrayed. For one, I have no one to turn to as I have exhausted the ankhoswe remedy. Plus, I do not think divorce is the way to go because the man loves our children to bits.

What should I do Biggie? I’m thinking of calling his women and threatening them.

Thank you for writing, but please forgive me, I am almost breaking my ribs from laughter. Honestly, I believe your husband is a genius.

But more seriously, way back in time during my college years, my economics professor Ben Kalua, when he was younger and a bit more handsomer, taught me about some mundane concepts called income inequality and income distribution.

But my memory fails me (mostly due to the women issues that I have had over the years), so I have had to seek the assistance of The Concise Encyclopedia of Economics, which defines income inequality as: “The unequal distribution of household or individual income across the various participants in an economy. Income inequality is often presented as the percentage of income to a percentage of population. For example, a statistic may indicate that 70 percent of a country’s income is controlled by 20 percent of that country’s residents.

“It is often associated with the idea of income “fairness”. It is generally considered “unfair” if the rich have a disproportionally larger portion of a country’s income compared to their population. The causes of income inequality can vary significantly by region, gender, education and social status. Economists are divided as to whether income equality is ultimately positive or negative and what are the implications of such disparity.”

On its part, Wikipedia defines income distribution as how a nation’s total GDP is distributed among its population.

What this means, in a layman’s language, is that your husband is simply helping to drive the economy by distributing his wealth to those who would ordinarily have starved had he not come to their rescue. So, actually, government ought to honour your husband for his noble efforts. And you should be thankful for being married to a man who is considerate to the needy.

Without men like your own, a lot of households would sleep on empty stomachs. It is people like him that ensure that some children have food on their table and shoes on their feet. Look at the brighter side and stop whining.

The flies and the honey

Let us use the Internet for serious business 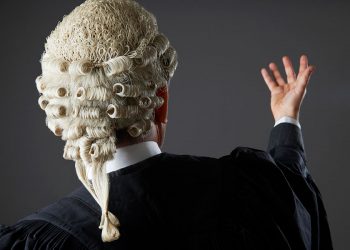 Let us use the Internet for serious business