Should education be expensive?

All good things must come to an end so they say. The recent announcement by the University of Malawi (Unima) to hike fees for mature entry students has but ended any realistic chance for some Malawians of attaining higher education for free.

In the statement signed by registrar Benedicto Wokomaatani Malunga, Unima stated that the institution had adjusted upwards fees for mature entry programmes in all of its four constituent colleges effective 2016/17 academic year.

Through a memo dated May 12 2016 addressed to principals of Chancellor College (Chanco), the Polytechnic, Kamuzu College of Nursing (KCN) and College of Medicine (CoM) Unima urged the colleges to effect the raise during the new intake.

But is this fee raise justifiable?

Both government and Unima are faced with a hard question on university funding.

While a public university owes a wide debt to society and among its obligations is to ensure the wisest use of public funding for quality education, the question of fees is usually important when it comes to sustaining quality of education.

Another vexing question is do public universities walk away from raising fees because students will not like it?

For Unima, the council resolved to adjust upwards fees that are normally paid by mature entry students.

“It was the view of the council that while it was understandable that generic students paid highly subsidised fees for their education, it did not make sense that the same should be true with mature entry students,” the statement justifying the raise reads in part.

As expected, the fee hike, has drawn mixed reactions from students, parents and education experts.

Human rights defender and Director of the Civil Society Education Coalition (CSEC) Benedicto Kondowe has defended the need for education to be affordable, especially, in the developed world and poor countries, such as, Malawi.

“Education is one of the fundamental human rights, it is a leverage right as it equalises opportunities between the rich and the poor,” he says.

“The human rights approach to education demands that education should be available, accessible, acceptable, affordability and be of good quality. Malawi has a Constitution that accords every person the right to education regardless of their circumstances. From this perspective, my view is that education should meet the set criteria and be at optimum affordable rather than being expensive,” explains Kondowe.

His view is that where education is expensive as the case will be at Unima next year, education becomes exclusive right for a few.

Kondowe says even if this was the case, the State still has the obligation to make education a vailable to its citizens by devising mechanisms that will ensure that education is affordable.

Although Malawi wants to take this new path of making education expensive, it is a party to the United Nations Convention on the Rights of the Child (CRC) and African Charter on Human and Peoples Rights (ACHPR) that reaffirm the right to education.

“While the fees adjustment was long overdue, the increment threshold is unreasonable and too high to bear by most of the mature students except those who are paid for 100 per cent by their employers,” Kondowe says.

“This imposed unnecessary limitation to the right to education.  It is on this account that I have always urged government to gradually make these adjustments unlike where the University Council appears as if they were not in the know that fees needed to be adjusted. Managing hike under the prevailing economic situation is not only a mockery to their own wisdom but it is also an insult to the majority of poor Malawians.  We need leaders who are not only visionary but also strategic and progressive in decision making,” he adds.

“Much as we appreciate that education on its own is expensive, it is the duty and responsibility of government to ensure it shoulders some of the costs, taking into account that education is a fundamental right.

“Making it too expensive as is the case now at Unima, tantamounts to denying citizens, especially, the poor majority right to education,” he said.

But Blantyre-based parent, Doris Phiri says education is expensive all over the world and it is high time Malawians understood the need to pay for quality education.

She says students and staff alike must hold dear the importance of universities to the nation, and the overriding importance of adequate funding.

“Those running our universities have the responsibility of ensuring the highest-quality university education possible. It is not in students’ interests to reduce the quality of their education to avoid unpopular fee rises. This is a choice no one welcomes, but a question we cannot avoid,” she said. n

Circumcision does not promote risky behaviour by African men 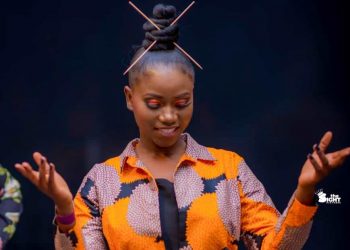 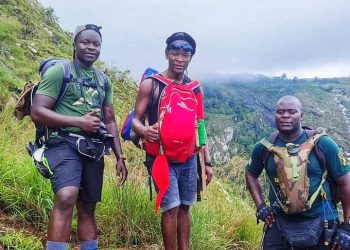