Britain’s wartime leader Winston Churchill said: “When I am abroad, I always make it a rule never to criticise or attack the government of my own country. I make up for lost time when I come home.”

My patriotism was tested to the limits when I travelled to Addis Ababa, Ethiopia, early this month. In the ‘capital city of Africa, I bumped into Wonde, a taxi driver who worked in Lilongwe five years ago.

“What happened to police officers who gunned down protestors in your country?” asked the Ethiopian.

I did not have to defend the security agents who killed citizens they were supposed to safeguard or downplay the pain suffered by Malawians who lost their breadwinners. The killing of 20 unarmed marchers in those popular protests against former president Bingu wa Mutharika’s dictatorship offers Malawi  Police Service (MPS) recruits plentiful lessons on everything not to do when enforcing law and order.

And the taxi operator summed it up agonisingly: “Malawians are peaceful and friendly, but the police [officers] eeish! They are cruel.”

So the world knows “the Warm Heart of Africa” plays home to a brutal police system!

There will never be any awards for hard-nosed officers who were paid handsomely for butchering the citizens who were simply expressing their collective views on the streets.

I know many principled police officers who dignify the police uniform. I rejoice with the brilliant ones, the likes of reformed traffic officer Mafalandaba Jere who dutifully waved our shuttle to a stop at Bwiba in Karonga, smilingly greeted the driver, politely asked him if he had ever driven to Chitipa and caringly implored the newcomer not to over-speed on the Chinese-built tarmac which is relatively slippery, with tricky bends and sometimes constricted by livestock and pupils.

“I am not here to fine people, but to save lives,” said the unsung hero whose agency often makes news for bad reasons because of frequent brutalities of a violent and negligent few.

Speaking of misfits in police uniform, Inspector General Lexten Kachama recently blamed some for wasting time fiddling with smartphones instead of serving their clients. In Kasungu, Malawi Human Rights Commission (MHRC) is investigating the trigger-happy blokes who shot a helpless 14-year-old student at Chatoloma. In Zomba, a pair was captured on video harassing two female students at Chancellor College.

In the courts, Kawale-based Stewart Lobo has become a living example of how the atrocities police officers commit on duty live to haunt them throughout their lives.

The little known constable, who will spend 12 years in jail for killing builder George Thekere on July 20, would not have hogged headlines if he did his duty with due reasonableness.

When High Court Judge Fiona Mwale convicted Lobo in October, the verdict sent ripples of fear to his workmates across the country. They now know there comes a time when individuals must account for what they do in the State-sponsored wear.

On the judgement day, sources at Zomba Police Station disclosed attending a meeting where superiors warned against use of excessive force when duty calls because the uniform does not really insulate anyone from being prosecuted for things they do even on orders from above.

Orders are almost everything in the police system.

Poor Lobo was just obeying instructions when he went shooting protestors like game.

Armed with a loaded gun, the imprisoned law enforcer might have signed off with a thunderous “yesssss Sir!” that precisely tells bosses: “Your word is my command.”

The cops on duty that bloody Wednesday were actually rewarded handsomely for killings and injuring multitudes in Bingu’s name.

That once, they got a fat allowance, yummy food rations and almost twice their pay.

But Lobo has to face the wrath of the law alone.

His jail term has just begun and it is just one hell of a Christmas in a congested setting created for criminals that he was trained to apprehend.

Though several cases connected to July 20 killings are still live in court, senior State advocate Tione Namanja tells the press: “The State has done its job.”

This says it all: convicted and fired, Lobo has himself to blame for shooting the Chilinde resident when he was employed to protect lives and property.

But there are many Lobos on the prowl, the overzealous officers so quick to maim and kill that you would think their job depends on it.

To them, Lobo’s imprisonment confirms the wheels of justice turn so slow, but it is inescapable.

Centre for Human Rights and Rehabilitation (CHRR) says the landmark verdict is the beginning of the end of a backlog of July 20 cases.

“The victims of the infamous shootings can now rest in peace because justice is finally being done,” the human rights defenders write.

But Isaac Banda, who speaks for families of 10 people killed in Mzuzu, says the long wait for justice and compensation is “justice gone to the dogs”.

“Justice is lacking. It is painful that we have waited for almost five years. Is it because we are poor? Justice delayed is not justice at all,” he says.

He is only happy his group finally received a K31.2 million payout which marks the final settlement of a lengthy court battle and years of lies from politicians. n 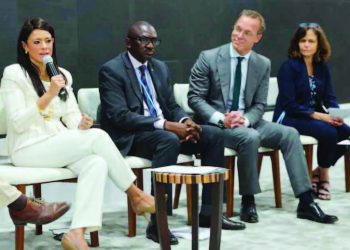 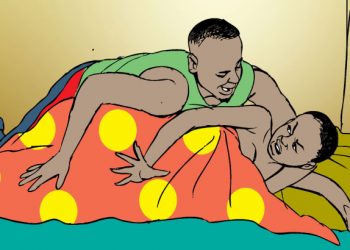