Before we arrived at Livingstonia proper, Jean-Philippe and I went to see and “bathe” our exhausted bodies at the Manchewe Falls. I explained to Jean-Philippe that oral history has it that the caves at the foot of the Manchewe Falls were, once upon a time, used by the Phoka people to hide from invading Tumbuka and Ngoni armies. How true that is, I don’t know, because I don’t believe in most things historians say.

“Why don’t you believe in your historians?” Jean-Philippe wondered.

“Most of them suffer from SRS.”

“SRS is Selective Remembrance Syndrome. You see some historians tell us that Malawi is worse off today than it was 50 years ago when they pretty well know that they are lying. That we have we have three national universities today is not positive change to them. Nor is the fact we have more and better roads today; nor is the incontestable fact that we have better and more vehicles, hospitals, schools, teachers, politicians, and thieves today. If you are an SRS historian you can’t see change because your eyes and mind are shut to one trajectory of truth.”

“Quite right. Some historians are commissioned to write history as it is desired by their paymaster,” Jean-Philippe said.

“In my view journalists are the best historians because they record events as and when they happen.”

“What? Don’t make me choke with laughter!”

“Do you dispute that journalists report nothing but the truth?”

“No. But I don’t think journalists are worse or better than professional historians because truth is a product of an epoch.”

“I don’t understand your line of thought,” I said.

“Journalists report the truth using criteria they were taught in school or the truth as wanted by the owner of the media house.”

“In short, journalists are biased?”

“No; but they tell the truth from a biased angle. For example, most journalists believe that praising government is bad such that even when the government has done something good for a community, most journalists will find what will not work about that good thing and amplify the negative aspect. It is called glorification of negativity or symbolic annihilation.”

I did not respond because Jean-Philippe was in academic mood.

For some time we sat there in the Manchewe Falls cave and watched the water fall in front us. We sat in silence lost in our individual muses. Only the chirping of birds, and ‘monkey conversations” in the distance punctuated the silence. Thirty minutes later we left the Cave and walked on towards Mumbwe Plateau, the seat of the Livingstonia Mission.

“I have read about William Chiswakhata, but I can hardly remember who he was,” Jean-Philippe said, appealing to me for more information.

“How important is what you have said?”

“I didn’t finish. Chiswakhata was the first Malawian head of the Overtoun Institution, which included the Livingstonia Technical College and Secondary School, which have been merged to form the University of Livingstonia. He was also a Member of the British Empire (MBE.”

“Yuriah Chirwa and Dr Robert Laws cleared the bush at Mumbwe to lay the foundation of the Overtoun Institution.”

“But how come nothing in Malawi is named after Yuriah Chirwa?”

“The life and history of such a important companion of Robert Laws should be acknowledged and taught. Or at least one building at Khondowe or the Golodi road could be named after him.”

“And nothing for Yuriah Chirwa!”

“Isn’t history also made of deleted events and people?”

‘Be a blessing to Trans World Radio’ 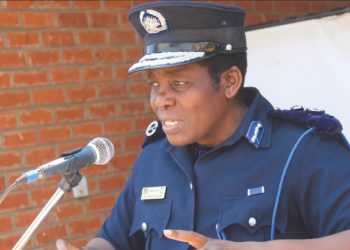 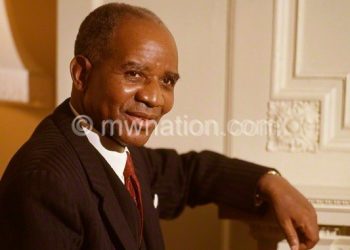 ‘Be a blessing to Trans World Radio’