When Khadija Yassin, 24, got the news that she has been selected for training as a community-based distribution agent (CBDA), she had no idea what the role entailed.

“Word came from the health centre to our chief, saying they needed a hard worker of good character,” says Khadija. “The chief and other community leaders then selected me for the training. I was happy that the community had trust in me, but it was my first time to hear about a CBDA.”

The next day, Khadija received a message to go to their health centre for a briefing. That is when she got the gist of what it entailed to be a CBDA.

“I wasn’t alone who didn’t know what a CBDA does,” recalls Khadija, a mother of one from Chikole village in Mangochi. “In fact, the other candidates also came to learn more of the work of a CBDA during the briefing.”

A few weeks later, Khadija and her colleagues were invited for the 12-day training supported by UNFPA with funding from the Government of Iceland.

Khadija and her colleagues were drilled in the basics of providing non-prescriptive family planning commodities and dissemination of sexual and reproductive health (SRH) information.

After graduation, the young volunteers were tasked to change how people view family planning in their communities. However, during the first days, it was difficult to convince members of her community to understand her new role and to accept the services she was offering.

“I started my work when the Covid-19 pandemic was at its peak,” says Khadija. “Due to the misinformation about the disease then, people were avoiding me saying I wanted to vaccinate them, but this wasn’t true.”

Mangochi has a largely youthful population with 55 percent of the population below 18 years.  Almost 23 percent of women aged 15 to 24 have their sexual debut before the age of 15 against a national average of 13.9 percent.

The district also has poor indicators on sexual and reproductive health including low contraceptive rate of 30.9 percent against the national proportion of 58 percent.

“During the training, we had already been drilled on the poor family planning indicators,” says Khadija who serves five villages. “But I didn’t anticipate such resistance.”

However, she soldiered on, holding community meetings and visiting couples to share information on the advantages of planning their families.

By and by, a few people started developing interest in her work.

She states: “I  continued making visits to my clients every Tuesdays and Thursdays. I knew why they were thinking that way. Even I  didn’t believe in family planning. It took the CBDA training to convert me.

“I kept on pushing and finally, I won a few hearts and gave them family planning commodities of their choice.”

Today, Khadija community has completely changed their views on family planning and they now call her ‘doctor’.

After the training and deployment of CBDAs, the facility where Khadija reports to, has recorded a sharp increase in access and use of modern family planning in its catchment area.

And Khadija is proud to be part of the team that made change possible.

She says: “I am happy that my contribution is being appreciated and people are now aware of the benefits of family planning.

“We still have a long way to go, but we are moving in the right direction”. 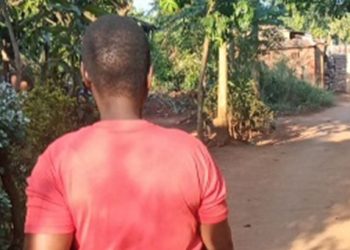