That moment when contraceptives fail

by Chikondi Kasambara
in Family, Front Page
3 min read
0
Share on FacebookShare on TwitterShare on WhatsAppShare on LinkedinLinkedinShare via Email

The use of contraceptives has been orchestrated to reduce overpopulation and prevent unwanted pregnancies. However, there seems to be communication gaps between health experts and family planning (FP) clients, resulting in a blame game in cases of method failures.

According to some women interviewed by Every Woman, they blame health personnel for withholding information on side effects and possible failure rate for fear of scaring away clients. Gynecologist Frank Taulo on the other hand while, condemning the lack of counselling, advised clients to attentively listen to instructions given by health practitioners.

“There is no contraceptive method that is 100 per cent effective; however, some methods fail because they are used typically and not properly. It is not right to blame something on ignorance,” he said.

A few women who conceived while on contraceptives share their stories in this week’s discussion which will be continued in the follow up editions. Thereafter, health experts will analyse all methods and their effects.

I had a still born and I went through hell. I already had two children then and I decided never to conceive. I resorted to pills. I had used them before and was confident they would be effective. I religiously followed my schedule for two years. One particular month, I menstruated for just two days instead of five and I thought it was such a relief. I continued with my pills and one month I only menstruated for just half day. I was on my third pack of medication when I started having a terrible fever and vomiting. I was admitted and had multiple tests including malaria which came negative. It was only after the doctor recommended that my urine be tested for infection that the worst news that time was announced. I was two months pregnant. I cried uncontrollably. I checked and my pills had not even expired, how could this be? I was angry.

I have a six -year -old son whose pregnancy I got while on loop. My son was one year, seven months and I was not planning to conceive any time soon. Until now, I don’t really know what happened, but I was discovered to be pregnant. I was never told by medical personnel that with the loop, I still had chances of falling pregnant. Worse still, the pregnancy came at a very wrong time considering the tough times my marriage was going through, but I considered it God’s gift to unite us even though my husband opted for a termination. I went through a hard time, but the baby was finally born and all is in the past now.

I had a loop for three years while raising my three-year-old daughter and doing my school and thought all was fine until I got sick one time. A pregnancy test was suggested and to my surprise, it turned positive. I was mad. I rushed to my gynecologist and shouted at her, but she was calm and composed. That’s when she told me “no contraceptive method is 100 percent safe.” It was a huge inconvenience because initially, I planned to have another child so soon.

I am pregnant, but conceived while on norplant for a year. It was in June last year when I started vomiting frequently after meals and had appetite issues. I thought it was just one of those ailments, never suspecting pregnancy especially because I was still menstruating, although irregularly. I was angry and confused when I got the news.

I am pregnant with twins even though I was on pills. I never missed a pill and never expected to fall pregnant until I started feeling movements in my tummy. I was menstruating fine but the movements continued. That is when I learnt I was expecting twins. The news was difficult to digest, let alone share with my husband. The doctor explained how rare my situation was, but I would have appreciated if I was told in advance that I still stood a chance of becoming pregnant…To be continued next week 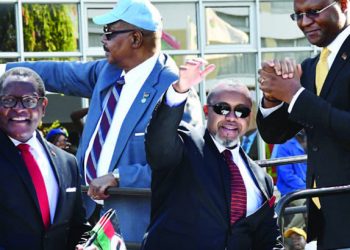