While Davido called Malawi boring, multi award-winning South African hip hop artist Cassper Nyovest’s brags that the Warm Heart of Africa is his home. His concert in Malawi brought so much excitement to his local fans more even so the revelation he made on twitter that he has Malawian roots. The Nation caught up with Cassper after his arrival.
——————————————————-

Reaching the lobby of FM 101 studios there he was donning a faded pair of jeans, a T-shirt and snap back cap. His dress-code screamed modesty, but one thing—a Rolex Oyster Perpetual date-just wrist watch was the most visible symbol of class.
He was the first one to greet us the moment we walked in. He looked calm and relaxed, leaning by the couch in the lobby. It had only been a few minutes since his arrival, but he related with anyone as if he had known them before.
“I am very excited performing in Malawi man, this is a very special trip for me. My grandfather was from Malawi so this feels like coming back home generations later. But I am calm at the same time because I don’t know what to expect I am just coming from Zimbabwe we had a crazy show,” he said when the interview was underway.
He added that his grandfather went to South Africa, married a coloured girl and had eight children, one of whom was his mother. “My real surname is Phiri,” said Cassper.
Throughout his tour to Malawi, the artist has been gloating about his Malawian roots.
During a press conference at Protea Ryalls Hotel in Blantyre, one journalist asked: “Can we call you Cassper Phiri?”
“Man you can call me whatever you want,” he said.
During a motivational talk he had with Zingwangwa Secondary School students, Cassper admitted that he still does not believe his grandfather was telling the truth when he said he walked on foot from Malawi to South Africa.
This was Cassper’s first visit to Malawi.
“Back then, our family used to come, but I was young and I don’t come from a really wealthy family so it’s not like we could afford for all the kids to come and visit home. But through the music I have been blessed with enough that I can come and visit home,” said the 24-year-old.
As the interview proceeded, one thing that was clear about the artist was his sincerity. A sparkle shone through his eyes as he was asked about the motivational talk that he was about to give to the students.
“I was excited when I was told to talk to these kids because that is in line with what I do back home. I have started motivational talks. And it feels great reaching out to people more than just through my songs. What is important to me is just connecting and talking to people on another level,” he said.
The Doc Shebeleza hit-maker said he usually motivates people that are in the same situation as he was.
“I come from a very average background; both my parents are teachers. Average in the South African aspect that: I might have been well of compared to other kids. I never walked to school but what I was exposed to in South Africa was the same as what the kids that walk to school were exposed to. And then I had friends whose parents had Bentleys and Ferraris and Lamboghinis and I wanted that for myself and my parents being teachers there was no way they could get that for me. So I had to take it up on myself and work hard to be able to live that life and also help my family live their dreams,” he said.
The artist confessed that he got his trademark ponytail because he had dreadlocks and his grandfather, who was a priest, read him a Bible verse that said a man is not supposed to keep long hair.
“I kept dreadlocks because I wanted to perform like Bob Marley,” said Cassper, who was born Refiloe Maele Phoolo.
And about his name, the artist said he was inspired by the cartoon character Cassper the Friendly Ghost. 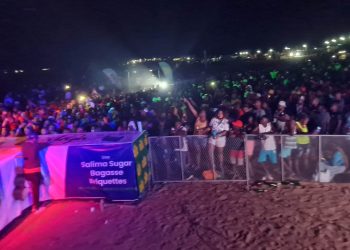