by Paida Mpaso
in Front Page, National News
2 min read
0
Share on FacebookShare on TwitterShare on WhatsAppShare on LinkedinLinkedinShare via Email

Treasury has cracked its whip on 25 ministries, departments and agencies (MDAs) which did not submit January 2016 expenditure returns by withholding their funding.

Treasury spokesperson Nations Msowoya confirmed in an interview in Lilongwe yesterday that out of 46 MDAs, only 21 submitted their expenditure reports by the February 14 2016 deadline as required.

He said: “This represents a compliance rate of 45.7 percent. Therefore, the Government Cash Management Committee 2016, authorised Treasury to release funding to 21 MDAs out of the 46 based on these reports. Other institutions were submitting reports after the deadline.

“Due to this, Treasury had to withhold funding following non-compliance to submit expenditure returns. Three weeks ago, we did communicate to all ministries and departments that funding will only be made upon monthly expenditures, monthly revenue returns, monthly commitment returns, monthly bank reconciliation reports and monthly payroll reports.”

But Msowoya said the withholding of the funding does not mean the affected MDAs have forfeited their allocations.

He said the funds will only be disbursed upon submission of satisfactory reports.

In a January 6 2016 statement, Ministry of Finance, Economic Planning and Development said the requirement to submit monthly expenditure reports is part of the Public Finance Management Act of 2003 which had been suspended following the introduction of Integrated Financial Management Information System (Ifmis), government’s electronic payment system.

But after Cashgate—the plunder of public resources that forensic auditors say could have drained as much as K577 billion or around 30 percent of the national budget during the five years leading to December 2014—confidence in the system collapsed when its ease to fraudulent manipulation was discovered.

Reads in part the statement signed by Secretary to the Treasury Ronald Mangani: “As stipulated by the said Act, MDAs are expected to submit these reports to the Treasury within 14 days from the end of the month to which they relate.

“Treasury expects to receive the said reports in an appropriate format and in conformity with the desired standards as templates of the reports have already been provided to all controlling officers and heads of agencies.”

Treasury is enforcing Section 84(3) of the Public Finance Management Act which requires controlling officers to submit the reports before getting the next tranche of funding.

Treasury’s renewed strict enforcement of the provision comes at a time various MDAs are experiencing funding cuts which could worsen after the revision of the national budget through the ongoing Mid-year Budget Review Meeting of Parliament.

Minister of Finance, Economic Planning and Development Goodall Gondwe has projected a reduction of the 2015/16 National Budget from K929.7 billion to K906 billion which Parliament on Monday pushed to K908 billion.

Treasury’s withholding of funding could mean that programmes and activities could miss their implementation schedules as MDAs struggle to liquidate their funding. n 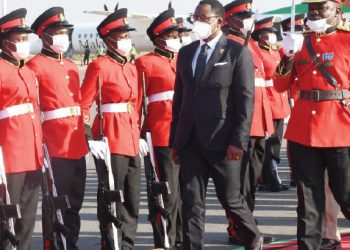 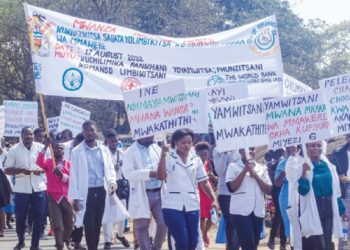