When being a bridal party is not fun

It is no longer an honour to be asked to be part of the bridal party nowadays. In fact, it is a burden and an inconvenience. The drawback is not the actual event, but the financial attachments that come with the big day.

Previously, the bride and groom were destined to foot all the bills, including bridal party clothing. Current trends have heaped that responsibility on the bridal party and their guardians

As if the financial burden is not enough, the bride goes further to dictate colours and designs for dresses which at times go against tastes and pocket of the wearers. Other demands include fancy hairstyles, shoes, make-up and nails for both the bridal shower and wedding. Prior to the actual event, there are countless meetings, phone calls and rehearsals all dependent on the bridesmaid pocket.

But is it fair to strain their pockets in the name of friendships or relations? Is it realistic to conduct a dream wedding at the expense of others people’s pockets?

Event Planner Milca Mwamadi believes bridesmaids are there to support the ceremony and should not be burdened with financial responsibilities.

“Wedding budgets have to include clothes and other financial burdens that are otherwise left to the bridesmaids. In fact, not even relatives should be forced to contribute towards the wedding. It only encourages those getting married to make unrealistic demands,” she said.

Mwamadi further discouraged the tendency of having a large bridal party against a low budget, saying it is costly to even the wedding committee members.

“With prices of commodities going up every single day, the least people should do is harbour ambitious plans when their budget is lacking. Issues of transportation and accommodation have to be considered when numbering the bridal party.

“Any decision made has to be supported by finances otherwise it is unfair to milk people who are not directly involved with the wedding,” Mwamadi added. n

Govt bows down to donors pressure 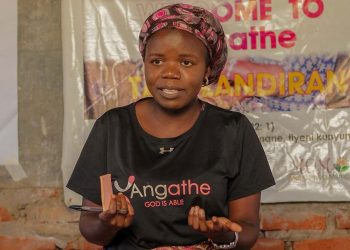