During a memorial service in honour of former president, the late BinguwaMutharika, in May, former Minister of Information Kondwani Nankhumwa threw in a lurid tale of blood and gore that was stunning in its carelessness as it was amusing. He alleged—while brandishing a mint copy of a newspaper published in 2011—that Bingu’s deputy at the time, Joyce Banda, had a hand in, if not the mastermind of, a plot to murder Mutharika.

It was the type of nonsense that naturally merits retribution of a kind and JB—the putative mastermind of the so-called assassination plot—sued him for her pound of the metaphorical fresh. Whether the courts will find merit in the suit or it will come to fruition in the slow grind of the judicial system is for posterity to judge. For now, we can occupy our minds with something else: Who really killed Mutharika?

You see, Nakhumwa’s allegation was, by no means, the first conspiracy theory—and, on this evidence, nor the last—thrown about to satisfy people’s curiosity regarding Bingu’s sudden death. It continues a narrative that began even before his body had grown cold.

From that shadowy group of men and women collectively known as the Illuminati to some fire and brimstone preachers, the field of possible conspirators and suspects has never been short.

The simple-minded among us accept that at 78, Mutharika was no spring chicken. Besides that, he was up against it. On the one hand, he had an indifferent international community to contend with; on the home front, a belligerent civil society was issuing him ultimatums to resign or face the consequences. That alone is enough to push anyone to the limits, let alone a man who was in the winter of his life. If it wasn’t for their ultimatums to resign within 60 days or face the consequences, who knows, maybe Mutharika would not have resigned from the stage of life.

A commission of inquiry instituted by Banda into Mutharika’s death concluded he died from cardiac arrest. Foul play was never a factor, unless one counts the lack of medical apparatus at the State House as a strand of a murder plot.

Now, if the field of possible suspects seems crowded and absurd enough, you haven’t heard the ridiculous yet. In 2013, when Banda—yes, her!—was president, she accused the Malawi media of killing Mutharika due to their “unprofessional conduct”. She said something to the effect: “Do you want to kill me like you killed Bingu wa Mutharika?” It may have been hypothetical; it may have been a statement of fact.

Whatever it was, her rhetorical statement was evocative of the Biblical story of Moses, who was asked, as he intervened in a fight between two Jews: “Do you want to kill me like you killed the Egyptian?” Moses fled; the media didn’t.

Doesn’t it smack of hypocrisy, then, that the same Joyce Banda is crying wolf when the tables are turned against her?

In his letter to donors and international partners published in Weekend Nation last week, JB’s husband raised Nankhumwa’s statement as proof that government has raised the spectre of arrest hanging over her head as a reality. But she needn’t worry, if government goes ahead to arrest her for treason, she will have an entire media fraternity for company in the cooler. We can even throw in those pesky CSOs for good measure. They pushed Bingu to the corner where he couldn’t fight and had to surrender to death.

But, if JB sues Nankhumwa for accusing her of bumping Bingu off the face of the earth, maybe the same action ought to be taken against her by journalists. An eye for an eye. Measure for measure.

All this confusion, however, doesn’t even begin to clean up that vexatious issue: Who really killed Bingu, if at all someone did?

Maybe we should just let his soul rest in peace, which he couldn’t find in his last days on earth.

State of our mediocrity: Readers react 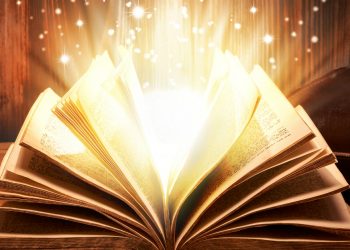 State of our mediocrity: Readers react