Most of today’s churches have had humble beginnings from people’s homes, where family members and friends gathered to pray, and eventually formed a church. From such beginnings in Jemimah Banda’s house was born Victory Life Church, which now has made a big name in religious circles in the country and beyond. JAMES CHIMPWEYA traces origins of the church through JEMIMAH BANDA, wife to the late Reverend AUGUSTINE BANDA, who started the church in 1998. Briefly give us your background?

My name is Apostle Jemimah Banda from Mpakati Village in Traditional Authority (T/A) Chikowi, Zomba. I was raised by a single parent. Having gone to primary and secondary schools, I now hold a diploma in Theology, which I obtained at Global Relief International Bible College. I am, currently, studying for bachelor’s degree in Theology at T-NET International College. I trained as a church planter and trainer of trainers. I was married to Rev. Augustine Banda, who was founder of Victory Life Church and director of Owaco. I thank God for the gifts of Apostle Vinkhumbo, Prophet Favour, bishops Pindeni, Stowell Kumwenda and Davie Gama; and members of Ministers Network and Blantyre Pastors Fraternal for their encouragement and presence at my ordination recently.

What is the church’s background?

Victory Life Church started in 1998 in Chimwankhunda. We used to congregate in the house, but later moved to Naperi Private School, Chimwankhunda Primary School before God blessed us with our own land at Chimwankhunda, just behind Zingwangwa Health Centre.

It was called Victory Life Church because of the tough situations it endured. So, we trusted God that He can give us victorious life as indicated in 1Corinthians 15: 57-58. God has been faithful to His word as the church now has many branches here in Malawi, and in Mozambique.

When was your ordination?

I was ordained as an Apostle on September 3 2016. It has been a confirmation of what God talked to me about when I was 14 years old. He called me while I was that young and I have been with my spiritual father Apostle Davie Gama who noticed my calling and started training me into leadership. I served in many positions in the church before marrying Augustine Banda. My husband persuaded me to stop doing business and encouraged me into the ministry. When we went with him into the field he could allow us to take charge of the proceedings, after which he gave us marks. He helped us where we failed, and through him we managed to plant new churches.

Who is an Apostle?

An Apostle is a church planter. I have been ministering in this church for 18 years, now. There is an added challenge for women to lead a church, but with God’s help, everything is possible, I can testify. I sought my encouragement from Deborah in the Bible, who took charge of things among men. Being a woman is not an excuse for not serving God.

Apart from God’s work what else do you do?

I also run a charity through a non-governmental organisation (NGO) called Owaco [Orphans, Widows Aids Campaign Organisation]. Through this NGO, we run day care centres for orphans and vulnerable children, and women empowerment programmes, skills training for youth and women and provide home-based care to the sick.

What is your take on the controversial issue about same-sex marriages?

We cannot stop people from doing it just by talking. The church has to teach people what the word of God is saying about this issue. It is the duty of the church to pray so that people know the truth and free. The church will answer before God if it does not teach the truth.

What to expect from Born Again musicians 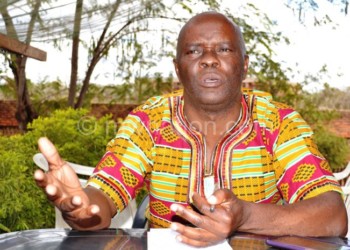 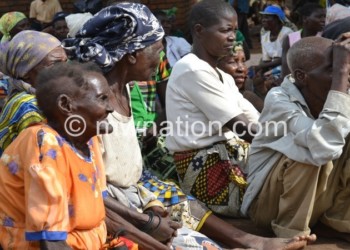 Humble yourself and accept Jesus Christ