In the second week of the New Year, we bring you the last batch of some of the cover stories we carried in EveryWoman in the just-ended year. We continue celebrating all women, including all those we covered in our previous editions. We extend to all of you our appreciation because of your cooperation, availability and wonderful works you are doing out there. May this year be even greater. Our staff reporter Brenda Twea compiled the following:

­First woman at the helm of Cisanet

Pamela Kuwali always wished for a position of influence over agricultural policies in the country. She had no idea that God would honour that desire.

In April this year, she was appointed chief executive officer for Civil Society Agriculture Network (Cisanet), a position that might just help to bring to life her dream of Malawi becoming a food-secure nation, with or without ‘good rains’.

“I would like to see rural farmers moving away from subsistence farming to business; to see the area of land used for irrigation increase. We have enough water resources for that; to see more agro-processing, whereby, fruits and vegetables are not left to rot, but processed for export. And I would like to see improvements in livestock farming,” she said.

The 39-year-old ventured into the agriculture sector after a string of jobs in different areas since her graduation from Chancellor College in 1999. Her first job after attaining her degree in Public Administration was with the Department of Customs and Excise (now Malawi Revenue Authority).

Pamela later joined the United States Embassy where she worked for nine years as a public diplomacy specialist. She left in 2011 to join the United Nations World Food Programme as head for policy, donor/government relations and public information.

She then joined National Democratic Institute for International Affairs in 2013 as senior programme manager for governance until February 2017.

“My desire is to collaborate with all stakeholders to ensure commitment towards the priority policy areas in the National Agricultural Policy (NAP), that enough resources are allocated to these priority areas and that there is accountability and transparency in how those resources are used,” she said. n

Tamiwe Tomoka is the lead pathologist for University of North Carolina (UNC)-Malawi Cancer Consortium, providing diagnostic services for cancer at Kamuzu Central Hospital (KCH) in Lilongwe, and other hospitals in the Northern and Central regions of Malawi.

She joined the pathology department at College of Medicine (CoM) as assistant lecturer in 2005. In 2007, she went to University of Cape Town, Groote Schuur Hospital to specialise in anatomical pathology and qualified as a specialist pathologist in 2011, becoming a fellow of the College of Pathologists South Africa.

Upon her return to CoM, Tomoka rose through the ranks from assistant lecturer to senior lecturer in 2014 and head of department in 2015.

In June 2016 she joined the UNC-Malawi project and took an honorary senior lecturer position with CoM, offering teaching support in the discipline of pathology—the study of the scientific basis of disease.

Tomoka makes diagnoses of various diseases, including cancer by examining body tissues using specialised methods with the aid of a microscope.

She also examines bodies to establish the cause of death and conducts research in causes of diseases, with special interest in cancers.

The pathologist appeals to Malawians to appreciate the role of laboratory in the practice of medicine, saying:  “Without the laboratory, there is no evidence-based medical practice. A laboratory is not only for research.  Therefore, when we are developing or designing health-related programmes, the laboratory should not be sidelined.”

There are five practising Malawian pathologists with different interests in the field of anatomical pathology, with a recent addition of another female pathologist Dr Yambaso Manda. n Naomi Msusa, 40, knows better than to despise small beginnings. When she started the work that would lead to her current role as test administrator for the Centre for Higher Education at University of Cape Town (UCT), she hated it.

“I felt it was too menial and beneath me. I had grown up believing I was meant to do far greater things, so, doing these menial tasks after I had obtained all my qualifications frustrated me,” Msusa explained.

“I was a hard worker; I had dreams, plans and goals, but my motivation was all wrong. I had to do all these menial jobs, but because I still thought they were beneath me, I never really invested myself in them,” she said.

Msusa said once she accepted her job and changed her attitude, she came up with better ways of shipping the tests.

“It was this new-found enthusiasm that made my superiors notice me and begin to give me more serious work. When the opportunity came, they did not hesitate to give me the position of test administrator,” she said, making her the first black and youngest person to hold that position at UCT.

She pursued her Bachelor of Arts, Humanities at Chancellor College then left for the University of Paris 13 in 2000 to pursue a postgraduate Diploma and Masters qualifications in French Language and Literature. 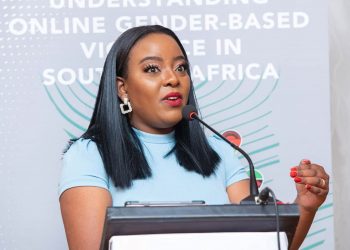