Development and conflict in Ethiopia

The on-going conflict in Ethiopia, which many observers have termed as a civil war, is making world news headlines. In recent months, tensions have escalated between the federal government in Addis Ababa and the Tigray Peoples Liberation Front (TPLF) that controls the Tigray region in northern Ethiopia. The TPLF has felt side-lined in recent years and believe that their grievances have not received adequate attention in Addis Ababa. There have been several news reports of fighting between government forces and the TPLF in the past few weeks, the federal government’s recent air strikes in Tigray and the response from the TPLF. Some organisations such as Amnesty International have reported hundreds of casualties already. A major concern is that a civil war will not only spread and exacerbate ethnic tensions within the country but also destabilise the Horn of Africa.

Ethiopia has been one of Africa’s fastest growing economies for the past decade and a half and there has been considerable talk of the country’s rise as potentially the only true “developmental State” in Africa. In addition to rapid economic growth, signature development projects such as the Grand Ethiopian Renaissance Dam have given rise to comparisons with East Asian successes such as South Korea and Taiwan. A country that typically made world headlines for poverty and sensational famines, is now considered to be one of the most promising economies on the continent. Ethiopia is also a major contributor to UN peacekeeping operations, which has strengthened its identity as an important security provider externally while at the same time guaranteeing peace and stability for international investors within the country.

Ever since becoming the Prime Minister of Ethiopia in 2018, Abiy Ahmed has undertaken several bold reforms, appointed women in key official positions and freed political prisoners. His efforts to achieve peace and international cooperation, and in particular his efforts to resolve the border conflict with neighbouring Eritrea resulted in him being awarded the Nobel Peace Prize in 2019. But there have also been increased criticism of the Prime Minister’s tactics and numerous critics have warned against an overreliance on charisma. Some have argued that reforms were undertaken too quickly, without adequate preparation and anticipation of potential consequences. What had worked previously – keeping long-held conflicts and complaints in check through the suppression of democratic freedoms – was suddenly reversed overnight when Abiy Ahmed dismantled many of the previous authoritarian policies and opposition was allowed to thrive.

What does this tell us about the process of democratisation? Resistance movements can endure and it is not easy to sideline them. Moreover, institution building takes time. Some may also claim that incremental rather than radical changes are best and that relying on the leadership of one person is inadequate. n 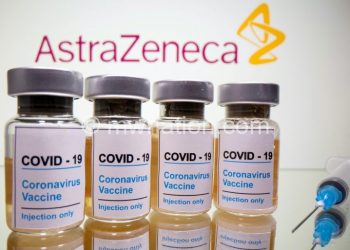