The Malawi Economic Justice Network (Mejn) said the 2013/14 budget, whose implementation ends on June 30 2014, was characterised by one of Malawi’s worst financial mismanagement at Capital Hill dubbed Cashgate, negatively affecting smooth implementation of the financial plan.

The budget tracking network has also singled out poor delivery of public goods and services such as the availability of drugs in public hospitals as one other characteristic of the 2013/14 budget.

“In our own analysis, we see that some of the 2013/14 budget characteristics include worst donor fund disbursement due to financial mismanagement, worst financial mismanagement or Cashgate and poor delivery of public goods and services,” said Mejn executive director DalitsoKubalasa in the network’s input into the 2014/15 budget which Business News has seen.

Currently, donors are still holding to $150 million (over K60 billion) in budget support for Malawi earmarked for October 2013 to December 2014 quarter after revelations of abuse of taxpayer’s money came to light.

On poor record of public financial management, he said the findings of a forensic audit report into cashgate suggest a well-planned and coordinated theft of public resources, degenerated integrity, morality and ethics of public servants.

In the presentation, he classified their input into the budget in the categories of social and economic sectors as well as policy issues.

Meanwhile, government says expenditure and net lending in the 2014/15 fiscal framework has been pegged at K693 billion out of which K181 billion is development expenditure.

Escom to raise tariff by 37% 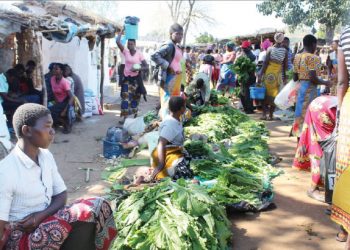