All that glitters is not gold

Barely two weeks after the Reserve Bank of Malawi (RBM) announced that its Monetary Policy Committee (MPC), which is chaired by the central bank governor Charles Chuka himself, decided to maintain the cost of borrowing at 25 percent, commercial banks have hiked their lending rates to 40 percent and above.

In reality, borrowers will be paying 40 percent plus five or so percent above these base lending rates.

In its minutes published then, the MPC said it based its decision to maintain the cost of borrowing at 25 percent on “regular economic and monetary analyses”. RBM raised the bank rate from 19 percent to 25 percent on December 3 2012, in an apparent bid to stabilise the kwacha and contain rising inflation, so we were told.

In my entry two weeks ago, I argued that whereas the central bank wanted us to believe that by maintaining the cost of borrowing at 25 percent, the situation is somehow under control, the reality on the ground is different.

For example, Treasury Bills (TBs) are once more becoming a very lucrative investment with earnings hovering around 45 percent and more! This is an indication of excessive borrowing from the domestic market by authorities through RBM.

And it has come to pass that the situation is not as rosy. There is a critical liquidity squeeze (shortage of cash) in the market.

In less than 12 months, the lending rates have doubled whereas people’s incomes have remained virtually static.

Life is simply unbearable for many who took flexible interest loans to finance purchase of homes, vehicles or other assets from commercial banks. I will share an example of a friend whom I will call CK. In February 2012, with commercial bank lending rates at around 18 or so percent, CK obtained a K2.5 million vehicle loan. She was told her monthly repayments would be K71 000 per month. Fast-track to February 2013, before the recent hike in lending rates, her monthly premium has jumped to K103 000! And, 12 months on, the statement from her bank shows she has an outstanding balance of K2.1 million on her loan.

Firstly, the key issue is that government is borrowing excessively from the domestic market; hence, commercial banks are also reacting by raising the cost of their loans. On the other hand, the private sector is being crowded out.

There is also another school of thought which argues that, given the current liquidity squeeze, authorities or commercial banks would want to limit profit-making opportunities by some investors. With lending rates at 40 percent-plus, very few would take a bold step to borrow. However, one can cash-in from the status quo by borrowing from commercial banks and investing in TBs where they would earn an extra five or so percent within a short period of time. The problem is that not many of us have such cash to invest in TBs.

Having come this far, I believe, after implementing the tough reforms, there is need for a reality check. It pays to swallow pride and go back to the drawing board to review the equation to see where we got it wrong. We cannot afford to keep experimenting with people’s lives.

Or, could it be that “inaccurate information and data” is again being used to compute crucial indicators?

Otherwise, I feel things are not adding up somewhere.

Over 500 classrooms for Malawi pupils 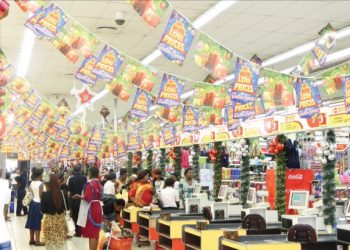