An analysis by the Public Private Partnership Commission (PPPC) shows that about $200 million (about K164 billion) is wasted annually due to widespread inefficiencies, including improperly maintained roads and utility distribution losses. But even if those inefficiencies were eliminated, Malawi would still face an annual infrastructure funding gap of almost $300 million (K246 billion). PPPC says that gap could be cut to $100 million (about K820 million) by engaging in regional trade of electricity, using lower-cost technologies in water and sanitation and adopting less-ambitious road-building technologies. If inefficiencies were eliminated and recent spending levels sustained, Malawi could reach its infrastructure targets within 16 years. Our reporter GRACE PHIRI caught up with PPPC chief executive officer PATRICK KABAMBE to find out more about this and other issues.

What do you make of the funding gap?

Infrastructure funding gap is not only peculiar in Malawi, it is a phenomenon that is happening in many parts of the developing, and even the developed world. As demands for more social services are placed on the national budget, it leaves very little room for resources for infrastructure projects. Even donor resources are largely channeled towards social services such as health, education and social welfare activities. So, this is not surprising, and we need to find new and creative ways of financing new infrastructure as well as maintaining the existing one.

How does the scenario affect PPP projects?

This gives a window of opportunity for infrastructure projects to be financed through public private partnerships. Private sector, who is generally more efficient and technologically advanced, can take up the opportunity to fund these projects. What is critical is to structure such arrangements in such a way that it is worthwhile to the private investor—that they will make a return on the investment—and at the same time it is affordable to the public sector and the consumer of the service.

So, where should the focus be?

More importantly, we need to be sure that we are getting value for money by bringing private investors to finance public infrastructure. The other major advantage of using private investment is that the private sector are better able to manage some of the inherent risks associated in project finance, such as construction risk and finance risk.

What is your assessment of Malawi in as far as engaging in regional trade of electricity, using lower-cost technologies in water and sanitation, and adopting less-ambitious road-building technologies is concerned?

Malawi is still lagging behind in terms of public private partnerships (PPPs) compared with our peers within the region. Over the last 20 years, the average PPP investment in Malawi has been 0.07 percent of GDP compared to 0.5 percent of GDP in Uganda, 0.82 percent in Mozambique, and 0.92 percent in Zambia. However, the trend is likely to change dramatically with major PPP projects in the energy sector.

What is happening on the ground to give that hope?

Currently, work is going on in developing the Mpatamanga Hydro Power Project as a PPP, valued at about US$1.1 billion. There are also other projects being developed in sectors such as agriculture [Shire Valley Transformation Project], education, health and tourism, among others. The success of these projects is changing the public perspective of PPP as a financing option, and more and more ministries, departments and agencies (MDAs) are realising that they can achieve efficient delivery of public service through PPPs. We are also exploring and undertaking analysis of projects in the transportation sector, including airports, rail, water and road services.

The Malawi 2063 development agenda has recognised that for the country to attain its desired status as a middle-income country, we cannot depend solely on the national budget, particularly when it comes to infrastructure development. It has been recognised that we need to explore new financing options, including PPPs. The PPP Commission is playing an important catalytic role by working with MDAs to develop projects that can be financed through the PPP option.

Kwacha resilience offers glimpse of hope we can build on

Why is Malawi not interested in local fertiliser production? 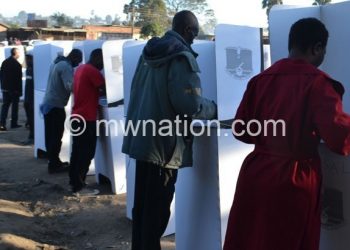 Why is Malawi not interested in local fertiliser production?