Illusions of a President in charge

On the day President Lazarus Chakwera celebrated his first 100 days in office last year, he made an admission: When you are outside of government, you think running a government is easy—until you rise to the helm and realise it is much harder.

He is not the first President to make this concession. Donald Trump—famous for not admitting or even hinting at personal failure—also marked his 100 days into office by confessing: “I thought it [the job of the US President] would be easier.”

Even Lyndon Johnson, having become President after the assassination of his wildly popular boss, John F Kennedy, had this to say: “The office is kinda like the little country boy found the hoochie-koochie show at the carnival,” he said. “Once he’d paid his dime and got inside the tent: It ain’t exactly as it was advertised.”

Chakwera leads a nation of more than 18 million people with diverse and wrestling interests.

As executive Head of State, he also manages hundreds of thousands public sector workers in implementing thousands of programmes, plans and activities at various levels in all the three government branches: the Executive, Judiciary and Legislature.

He has to do this under intense public scrutiny in a digital age, a relentless traditional media and hundreds of hostile opponents both inside his own Malawi Congress Party (MCP) and among opposition politicians salivating after his job.

Amid all this scope and complexity of the presidency, we the citizens expect him to be—or at least appear to be—in charge of everything happening with and in his administration.

It is a suicidal illusion the politicians embrace for political expediency, but which raises expectations presidents can never meet. It always comes back to bite them hard in that delicate spot that they cannot sit down, preferring to be on the move to lay a foundation stone for a toilet here and cut a ribbon there just so they are seen to be in control and hard at work.

When those expectations are not met, people feel frustrated, disillusioned and start to search for a President who can just jolt the economy and boom one million jobs spring up; a leader who can end corruption overnight while respecting the Constitution without being accused of dictatorial tendencies when he or she orders arrests just based on rumours that someone is corrupt or took a bribe.

Clearly, that is what is happening to President Chakwera. That and the fact that the President seems to have a communications shop gifted with speech writing, but not blessed with strategic communication prowess.

That ineptitude and childish focus on mundane image-building on presidential akatumba and chest protrusions from gym sessions is helping to dilute a presidency that had so much promise and remains with strong potential to be a great one.

But in the broader scheme of things, the problem may not necessarily be the presidents we elect, but the presidency itself—the way it was designed.

Constitutionally, the President is the Head of State and Government as well as the Commander-in-Chief of the Malawi Defence Forces—thus the overall defender and champion of the supreme law of the land.

The President also provides executive leadership for the public service—from councils to Capital Hill. In the civil service, he is personally involved in appointing officers from director level—and these are in thousands. The bulk of decisions in the civil service have to be approved by the President’s hand.

That means he has to have at least a rudimentary understanding of the majority of what is happening in every sector. And he must take full responsibility for anything that goes wrong in the course of implementing government programmes and plans. That is an almost impossible job to rest on the shoulders of just one person.

That is why a well-structured reduction of presidential powers is critical so that the law prescribes accountability at specific levels of hierarchy in government.

Right now, it is heartbreaking to watch because I strongly believe that in his heart of hearts, President Chakwera means well and wants to do well.

That is why, because of the impossible nature of the current imperial presidency, it is important to push hard for federalism in order to further shrink the powers, duties and, crucially, responsibilities of the President to federal leaders.

It is either those two or we must get used to failed presidencies—and a stagnant country. 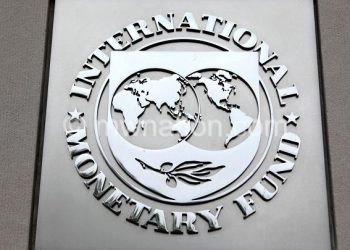