Imported cement from the neighbouring countries such as Zambia and Tanzania has flooded the north and central regions of Malawi.

Shayona Cement Company sales representative Lordson Chilani in an interview this week complained that this is making competition on the market stiff because customers prefer imported cement because it is cheaper.

Chilani said importation of cement and scaling down of building projects due to the harsh economic environment have made sales of locally produced products to dwindle.

â€œNormally during this time of the year, cement producers in the country run out of the products but it is not the case now. There is more cement because some of the funded projects are yet to start and with the tough economic climate we are in people are finding imported cement much cheaper,â€ said Chilani.

He said imported cement is being sold in the whole of northern region and some central region districts of Lilongwe, Salima and Mchinji. 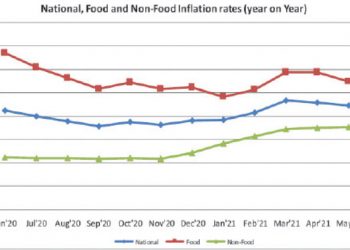