Kayelekera Mine (KM) output jumped 20.9 percent in the quarter ending December 2012, Paladin Energy Limited, owners of the mine in Karonga, said in the quarterly activities report.

Uranium output was recorded at 772 280 pounds or 350 metric tonnes U3O8, a feat the dual-listed miner has indicated is an all-time quarterly record.

The report released yesterday, which has also included performance at its mine in Namibia, Langer Heinrich Mine, said its quarterly sales peaked at 2.7 million pounds U3O8 generating revenue of $133.9 million (K46 billion), representing an average sales price of $48.10 (K16 560) per pound U3O8.

“Sales were a quarterly record and reflect in part the uneven distribution of contracted deliveries through the year. Sales volume in the March 2013 quarter will be closer to quarterly production,” forecast the report signed by John Borshoff, Paladin Energy Limited chief executive officer and managing director.

The average spot price for the commodity during the quarter for the quarter [October—December] was $43.16 (K14 835) per pound U3O8.

The report said in addition to the acid recovery project, a further project to convert the operation from diesel-fired power to grid power is now advanced and that current timing provides for the conversion to grid power in the first quarter [January—March] of 2014 and will result in a further significant reduction in operating costs.

“There is increased likelihood of securing low cost grid power to site within the year is progressing well,” said the report.

Paladin said the key area of process optimisation for KM is in acid recovery with detailed engineering for this project almost complete scheduled for commissioning in July this year.

“Detailed testing and pilot work have indicated that approximately 30 tpd of acid will be recycled within the process, reducing overall acid demand by an equivalent amount and reducing the demand for neutralization reagents,” reads the report in part.

KM halted exploration drilling at the onset of the rainy season in early December, with a large number of holes not completed due to drilling issues.

A total of 12 holes for 1 647 metres were completed with all holes drilled in the Mpata area and despite the uranium mineralisation frequently encountered, no mineralisation of economic grade and thickness was intersected.

Drilling in 2013 will now concentrate south of the minesite in the South Rukuru Basin in the Nthalire area, said the report.

Business slows down amid demos 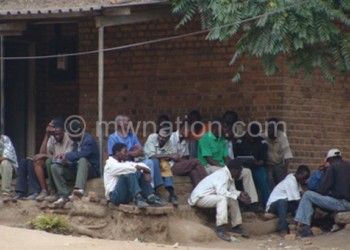 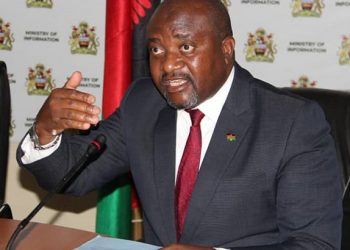 Business slows down amid demos