by Ephraim Munthali
in Development, Feature
5 min read
0
Share on FacebookShare on TwitterShare on WhatsAppShare on LinkedinLinkedinShare via Email

In this fourth part of the series on biotechnology and agriculture, EPHRAIM NYONDO assesses the legal and policy position which Malawi has regarding effective regulation of biotechnology in Malawi. He writes: Genetically modified organisms (GMOs), as an advanced form of biotechnology, is no exception.

Its questions are varied.

They range from issues related to market function and globalisation, to concerns about trade competition and retaliation, consumers’ right to know, religious and cultural philosophies about ‘tinkering with life’ and disparate understanding of complex scientific principles within and between countries.

However, as observed by Kafumbata, ‘cars, trains, ships, aeroplanes do kill us but we have not abandoned their use; rather we promote regulated use without reckless abandon’.

He adds that despite its perils, wherever technological progress has occurred, it has created the material foundations of prosperity and security for broad classes of society.

For instance, 2013 data from the International Service for the Acquisition of Agri-biotech Applications (Isaaa) notes that global commercial cultivation of GM crops increased a hundredfold, from 1.7 million hectares in 1996 to 170 million hectares in 2012, making this technology the most rapidly adopted agriculture technology in history.

That is why Kafumbata argues that with GMOs, Malawi faces the dilemma of creating a suitable atmosphere for the integration of GMO while providing an adequate regulatory framework to ensure optimum safety.

“There will be nothing like ‘zero risk’ but a well-structured and administered biosafety oversight mechanism can facilitate safe development, application, transfer and commercialisation of biotechnology products,” he says.

So, where does Malawi stand on regulating GMOs?

To understand the context of Malawi’s legal and policy position regarding GMOs, it is imperative to look into history.

In 1992, Malawi signed the Convention on Biological Diversity (CBD), an international instrument which had implications on how the country could exploit technology.

The convention addresses all aspects of biodiversity including fair and equitable sharing of benefits derived from biotechnology, protection of traditional access to genetic resources and safety of activities relating to modified living organisms. The convention is now supplemented by the Cartagena Protocol on Biosafety to which, again, Malawi is a signatory.

However, despite doing that, the country had never experienced a push to localise the treaty until 2001 when serious food shortages hit the country.

The problem forced Malawi to accept GM maize from USA as food aid. Government, of course, was not prepared for food aid that contained GM and had to take a position on genetically modified organisms (GMOs) there and then. The choice at that time was between starvation and eating GMOs to survive. The government opted for survival.

However, the question that lingered in the minds of policy makers was: “For how long will Malawi continue to be a passive recipient of technologies that the country does not even understand very well?”

That question saw Malawi beginning the process of localising the convention it signed in 1992.

In 2002, Malawi passed the Science and Technology Policy which considers research, science and technology to be central to national socio-economic development. Additionally, Malawi also has legislations that, to some extent, has direct and indirect link to biotechnology. They include: The 2003 Consumer Protection Bill, the 2000 Pesticides Act, the 1991 Anatomy Act, the 1948 Public Health Act 1948, the 1969 Plant Protection Act and the 1958 Patents Act.

Specifically, following the line of the 1992 Convention, Malawi, in 2002, enacted the Biosafety Act of 2007. The country also gazetted the regulations and passed the National Biotechnology and Biosafety Policy in 2008. This was followed by the establishment of appropriate institutions such as the National Biosafety Regulatory Committee (NBRC), the building of capacity for human resources and the building of capacity for infrastructure.

However, in an article titled Central Issues in Modern Biotechnology Law And Policy in Malawi, Chancellor College lecturer in environmental law Chikosa Banda notes that the general weakness with the existing legislation is that most Acts that have implications for biotechnology were adopted long before the application of genetic engineering to plants, animals and foods was imagined.

“Consequently, public authorities charged with their enforcement do not have any clear legislative authority for the evaluation of genetically engineered products from an environmental or human health perspective.

“The multiplicity of agencies working in the biotechnology/biosafety sector increases the danger of duplication and reduces the efficiency of public oversight of biotechnology regulation,” he says.

He adds that the mandates of various institutions are unclear; hence, co-ordinated enforcement of biosafety regulations may not be achievable.

Banda recommends that recent events have revealed that although developments in the area of biotechnology are occurring so rapidly around the globe, Malawi has not yet put in place proper systems to deal with the socio-legal implications of biotechnology research and development.

He further says that there is need to create an enabling legal framework for research and development of biotechnology.

“This entails conducting a thorough review of existing legislation with implications for biotechnology and to bring it in harmony with the Biosafety Act and the Science and Technology Bill. This involves identification of gaps and consolidation of some laws to minimise duplication or unnecessary conflicts.

“Modern-biotechnology related laws should also be brought in harmony with international standards. Apart from encouraging biotechnology research and development they must enhance close regulation of genetically modified products to ensure the safe utilisation of GMOs,” he says. 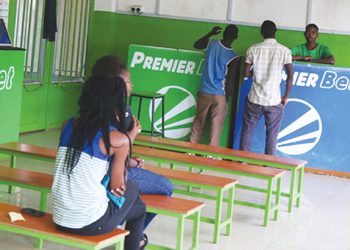 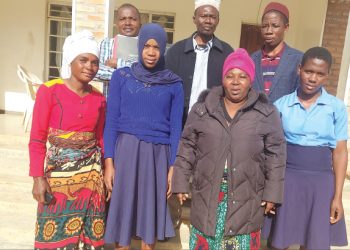