Registration officers working in the ongoing voter registration have threatened to boycott the exercise to force their employer, Malawi Electoral Commission (MEC) to meet their demand for an increment in their remuneration package.

The officers who are getting K120 000 for every two weeks want the package revised to K190 000 just like technicians working in the exercise. 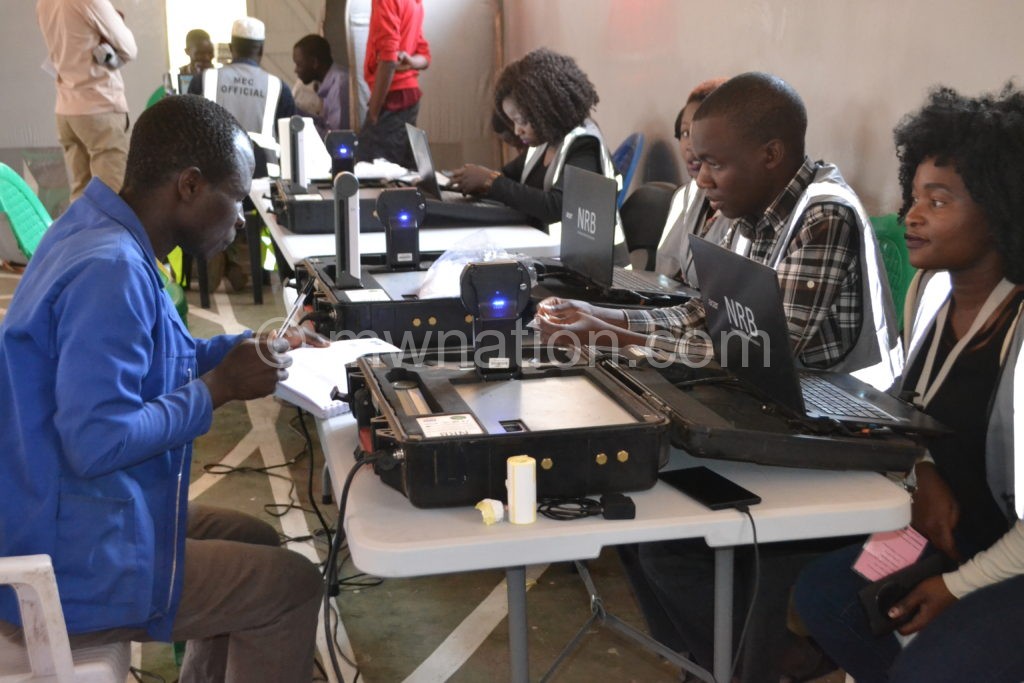 Speaking in an interview on Wednesday, the officers who did not want to be named, ‘for security reasons’, argued that unlike them, the other officers have had their remuneration packages revised.

“We feel we are being sidelined, our colleagues working as technicians are now getting K190 000 in two weeks from K120 000, police officers were initially getting K60 000 but now they are getting K120 000, why not us?” wondered one of the representatives working in Blantyre.

Ansah disclosed that the other contracts were between institution to institution and not individual to individual like that of the registration officers. She however said commissioners will probably meet next week to look into the matter.

The registration officers have since warned that they will have no option but to boycott the exercise if their demands are not met.

“We wrote them a letter giving them seven days to respond to us and Tuesday was the seventh day, we are still consulting with our colleagues from all the three districts regarding the strike. This kind of treatment will surely affect the whole process as we are demotivated and will end up giving them poor data,” he warned.

However, Ansah while acknowledging receiving the complaints, played down the threats by the registration officers saying if they choose to boycott MEC will have to call those on reserve.

Said Ansah: “We have received their complaints but we cannot just decide on adjusting the remuneration because the whole process needs approval. The good thing is that we signed contracts and we have never violated any contract, I believe they will not too. Their strike will not have much impact as we already have people on fall-back position meaning that registration exercise will continue.”

Currently, MEC has over 2000 registration officers but according to MEC media and public relations director Sangwani Mwafulirwa the figures vary depending on the number of centers in each phase.

“Teams vary depending on size of the centers and projected population,” he explained.

The registration exercise which is currently in its fourth phase has faced irregularities particularly in the first phase including malfunctioning equipment and low turnout.

A Malawi Electoral Support Network (Mesn) report titled Observation Reports on Phase One of the Voter Registration established that malfunctioning equipment and absence of National Registration Bureau (NRB) officers in some centers contributed to low turnout during phase one of the voter registration exercises.

Ngonis could bring APM, SKC together