The Ministry of Local Government, which is critical in delivering developmental services at the local level, and acts as a point of connection between the central government and its people at the grassroots,  has spelt out plans to enhance its operations by embracing professionalism. In this interview with our News Analyst CLEMENT CHINOKO, Minister of Local Government Blessings Chinsinga explains more about his vision to professionalise the ministry in line with the aspirations of the country’s long-term development blueprint, Malawi 2063. Excerpts:

Tell us more about your plans to professionalise the ministry?

The idea is based on the feedback from the public who expect us to serve them. My observation is that the public’s perception about the ministry’s professional integrity or standing, especially at the local government level, is not very positive. The public out there strongly believes that political, rather than professional, considerations take precedence in the deployment of staff, especially in local councils, resultantly, denting our image even among potential development partners. There is, therefore, need to professionalise local government service by getting on board people who can actually deliver, and are committed to the overall vision of the ministry and the government. I believe that people running local governments must be properly qualified, with a demonstratable track record and their professional integrity should exude confidence both among the general public and the development community.

How do you intend to achieve this?

Professionalisation of the local government service would go a long way to creating a fit-for-purpose local government system, staffed by the best and brightest. However, this would require council leadership and management that can inspire a new generation seeking a career in this realm by getting things done and doing them very well. My observation is that limited or lack of professionalism is greatly linked to instability in the tenure of district commissioners (DCs). This is because as they are constantly shifted around. This affects stability of operations at the district council, it is also very costly in terms of logistics, development and resource utilisation. My observation is that most DCs no longer move with their families, especially if they are posted to districts that are within 140-kilometre radius from the country’s major cities. This implies using local government resources to support their commuting, in some cases, on a daily basis. On another hand, if DCs cannot reside in the districts they are serving, what would incentivise them to ensure improvement in social amenities of districts when they know that their families are not part of the beneficiaries? Therefore, my vision is to have local governments that demonstrate technical, administrative, managerial and leadership competence, but these cannot be legislated in abstract, deliberate effort must be made through commitment to the professionalisation of the local government service. So, in a nutshell, we need to build capacities where there are gaps. Therefore, it is imperative to have a clear profile of the professionals we want for us to effectively and efficiently deliver a democratic developmental local government.

How will you ensure a buy-in of your ideas considering resistance to change that the civil service is known for?

.Imposition of ideas doesn’t work perfectly, but people should be taken through the process on a step-by-step basis so they understand the new thinking. Change does not happen overnight, but it’s a process. Therefore, for us to achieve the goal, we will need the people, hence we need to chart the path together. For your information, I engaged all concerned key people at the ministry about my vision and they are fully aware and are supportive. I would like to thank them for believing in the vision, the new thinking, so that together, we can celebrate the success there and then as we progress. So, it is not a one-man’s show, barking instructions, but working as a team with an understanding that everyone in the ministry is important in their respective role, as we move forward.

How do you intend to deal with chietaincy wrangles that are a common feature in the ministry?

On the basis of my experience to date, I would be bold to say that chieftaincy appears to be the face of the ministry. We are generally projected as the ‘Ministry of Chiefs’. Chieftaincy is a critical institution in our context that presents both opportunities and challenges, especially in the context of the findings of several public opinion surveys over the years. Chiefs consistently come up as one of the most trusted institutions among the public, but at the same time one of the most corrupt. There is, thus, a love-and-hate relationship with the institution of chieftaincy. We have had chieftaincy wrangles. We have seen several wrangles ending into seeking judicial remedies. However, in most instances, the cases are referred back to community leadership for redress. It is my considered view that as a solution, we must strengthen traditional structures to deal with the wrangles, than turning to the courts because it just forms a vicious circle of conflicts.

What pillars are you leaning on in the Malwi 2063 vision?

The Malawi 2063 offers us a very good opportunity to redeem ourselves as a ministry, especially since all eyes are on us as the heart beat, or indeed, the face of government, especially among the grassroots. Our success as a ministry is quite critical to the success of the government, especially since it is through this ministry that the majority of ordinary Malawians experience their meaningful encounter with the government. The ministry brings government into the lives of ordinary Malawians so to speak. The MW2063 is particularly critical to establishing a viable democratic developmental local government, which is amplified by the prominence of public sector reforms as a means of creating fit-for-purpose administrative structures that can deliver prosperity among Malawians. Two key enablers that are governance related are fundamental in this regard:

Marinica says taking up Flames job was a gamble 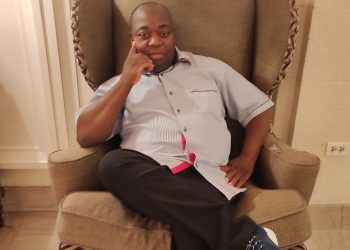