by Staff Writer
in Front Page, Political Index Feature
9 min read
0
Share on FacebookShare on TwitterShare on WhatsAppShare on LinkedinLinkedinShare via Email

Here is an abridged version of the speech delivered by President Peter Mutharika on December 20 2014.

Our country, Malawi, remains one of the world’s poorest, ranking 170th out of 187 countries on the Human Development Index (HDI 2013), a position it has been stuck on since 2010. As you all know, the HDI measures long-term progress in three basic dimensions of human development, namely: a long and healthy life, access to knowledge, and a decent standard of living. Between 1980 and 2013, Malawi’s annual HDI increase averaged about 1.4 percent, against an average annual population increase of 2.2 percent. This suggests that human development has been too slow.

When my party, the Democratic Progressive Party (DPP), got into government in May this year, it inherited empty coffers, following the infamous Cashgate scandal that was perpetrated by the previous government. The scandal was characterised by a huge pilferage of public funds due to organised fraud and corruption, and led to a withdrawal of development assistance that is channelled through the National Budget. The economy was in shambles as a result, and the cost of living skyrocketed. The impact on the lives of Malawians was severe.

Malawians will remember that the DPP government inherited huge domestic debt and enormous arrears owed to providers of goods and services to the government. High political aggrandizement, self-glorification, and massive corruption were characteristic of most of the period between mid-2012 and May 2014. Further, the pride and confidence of the civil service was fast waning off.

OUR PROMISE TO THE PEOPLE OF MALAWI

During the campaign period leading to the May 2014 elections, the DPP was guided by its election manifesto, entitled “Towards a People-Centered Development.” Through this manifesto, we promised, among others things, to fight underdevelopment, economic and social injustice, inequality, corruption, and theft of public funds and abuse of power. We promised to keep Malawi on a sustained path to development, and not to stop, merely for political reasons, whatever constituted the good work of previous governments.

We have since assessed the policies and practices of the previous governments, and resolved to retain the automatic fuel pricing mechanism, the flexible exchange rate regime, the return of foreign exchange bureaus, and other monetary policy measures meant to entrench the role of markets in achieving sustainable economic growth.

We went further, however, by adopting fiscal reforms that would support and deepen the previous reforms. We instituted reforms aimed at running the government most effectively and efficiently, as follows:

– We appointed a Cabinet of 20, including deputies, the Vice-President and the President.

– Further I directed that chief executive officers of public institutions, principal secretaries and other senior public officers would not be attending public functions except where the functions or events pertain to their organisations.

These reforms alone will save over K70 billion per annum. Further, my government established the Civil Service Reform Commission, under the leadership of the Vice President Right Honourable Saulos Chilima. The commission aims to chart the national direction and establish national priorities in public service reforms. We want an efficient and effective public service. Once the reforms are completed, my government hopes to save an estimated 30% of government resources which are wasted year after year.

WHERE ARE WE HEADING TO?

My fellow Malawians, Ladies and Gentlemen,

Based on the tangibles seen so far on the ground, we maintain the estimate that Malawi will grow by an average of 5.5 percent in 2014, from an estimated 5.0 percent in 2013. This rate is agreed by the International Monetary Fund (estimated 6.12 percent growth), the World Bank (4.4 percent), and the Reserve Bank of Malawi (6.3 percent).

The bankable projects compendium that we launched early this month provides hope for Malawi s future. I invite investors, both local and international, to take advantage of these business opportunities. On our part as government, we will provide the environment that will make businesses flourish, as this creates a win-win situation between private investor and the government.

Donor disbursement of aid has an impact on Malawi s growth since donors have traditionally funded over 70 percent of the development budget. But as everyone knows now, donors significantly reduced budgetary support to Malawi because of Cashgate. My government has strengthened the financial system to make sure that Cashgate never occurs again in Malawi. We have resourced fairly well the Law Enforcement Institutions, including the Anti-Corruption Bureau (ACB), so that they do a thorough independent job, prosecute all suspects, and recover the stolen resources where possible. We are exercising fiscal discipline and making sure that we do not disturb the macroeconomic fundamentals. We are doing everything possible to make sure that all Malawians and the international community have the confidence in their government. We have only one Malawi, and we must all work towards making our country the true Warm Heart of Africa.

I want to share with you the background to a number of developments in our country and to explain why they are occurring. I will also like to inform the public how the Government is dealing with these matters.

We have, as a country, embarked on a number of initiatives that are intended to transform our country. These are aimed at improving its socio-economic status and principally to accelerate our fight against endemic poverty. As you are aware, there is a general disappointment around the country that our socio-economic performance during the first 50 years of our independence was unsatisfactory. In the event, the general consensus inter alia was to demand for a transformation of the public service which is the key instrument for economic development, and the rehabilitation of other institutions. Only then, it is being argued, do we stand a chance of creating conditions for achieving a better economic performance. This view was so prevalent that during political campaigns for elections, this subject dominated debates to demonstrate its importance.

The wage harmonisation policy therefore is not only needed to ensure the needed enhancement of the effectiveness and efficient of the public service but it is also intended to curb the potential for financial frauds and eradicate laissez faire attitudes that have thrived in public service particularly during the past two decades. The principle of “equal pay for equal work” in the form harmonization must be a core element of the transformation process and must be implemented. For it simply does not make sense that a newly recruited doctor in the mainstream Civil Service should receive a starting salary that is equal to the salary of a driver in the Anti-Corruption Bureau or in Human Rights organisation. Nor does it make sense that a Budget Director or the Accountant General for example should receive just about half the salary of his counterparts in the Judiciary or in the National Assembly. We are unlikely to get the best from such people and we have created an environment that is conducive to fraud which progressively led to a disregard for public money as we saw during the cashgate days. It is in view of this that the Government has decided that as part of the needed transformation, salary scales in the public service be harmonised as they were between 1964-1998.

Let me deviate and give you the background to the present controversies that have engulfed our country. In order to achieve harmonisation, the government decided that, within the budgetary limit of an average wage bill increase of 24.4 percent, the mainstream civil service should have a higher increment that would permit their salary scale to be notionally higher than other salary scales in the public service except for the Anti-Corruption Bureau (ACB) that remains the highest. We then allowed other scales to increase up to the new mainstream civil service salary scale. But because their scales were originally higher than that of the civil service, it followed that their increment were smaller.

The gist of the strikes and other controversies is that those who had privileged salary scales want to continue to earn more than their mainstream civil service colleagues. In short they demand equal salary increments that would maintain their superiority over the mainstream civil service. To do this, of course means, that we would have to find extra money from somewhere. There is just no money for us to increase their salary scales. Recently the IMF programme that we have signed is premised on expenditure and therefore wage containment.

If we break this agreement with the IMF, the chances of reducing inflation and interest rates and returning to normality will have vanished. Bwanas and Donas you can see that between wage containment demanded by the IMF and finding means to perpetuate privileges for a few people, the country must choose wage containment.

However, I am aware that there is need to resolve the controversies so that the country can resume normality. For this reason, I am prepared to continue to negotiate with those who feel aggrieved. But these negotiations must be within the legal framework. We are prepared to prevent the prevalence of anarchy that is being fuelled by a few disgruntled power hungry politicians within and outside the country. We have the means, within the law, to deal with such elements of people.

Lastly, I wish to appeal to you Bwanas and Donas to be understanding as we pass through these turbulent times.

When deciding to implement such a policy, we knew that groups within the public service that are privileged to enjoy higher salary scales would fight against this policy. I must confess that I equally expected that the sense of fairness and decency would prevail quickly. Unfortunately, unscrupulous politicians within and outside have taken advantage of the situation to perpetuate the controversy and extend it to other sectors inside and outside the public sector.

I wish to appeal to the public to support government in this matter that is ultimately intended to enhance our economic performance and accelerate the eradication of poverty in our country as I have explained.

In conclusion, I would like to thank all government ministries, departments and agencies that worked so hard in the past quarter. Together we have achieved a lot; and together we will transform this nation.

In the coming few weeks, government will announce the specific targets that each ministry and department will be pursuing in 2015. The public is therefore encouraged to directly interact and/or question the relevant ministry and/or department in line with their mandates. Further, I have directed that every two weeks at least one ministry and/or department must face the public and account for their planned deliverables. Remember, this DPP-led government aims to double the economy by 2019. So, action, and more action is all we need.

Let me thank you for listening to me.

May the Almighty God bless you all and bless Mother Malawi.

Interview: We do not need executive arrogance—Timothy Mtambo 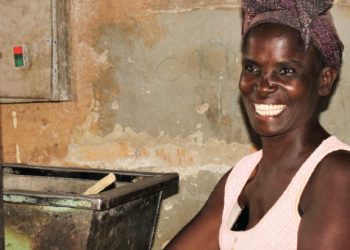 Interview: We do not need executive arrogance—Timothy Mtambo