She was young, in love and curious to explore the world. But Trinity Samden’s adventure crashed when she was just 16 years old.

“I lost hope,” she says. “I just wanted to find other ways of surviving in order to fend for myself. I was ready to take risks that would endanger my life.”

At 20, she has a four-year-old child.  She was impregnated by a fellow teenager before they sat Primary School Leaving Certificate Examinations (PLSCE) at Senzani Primary School in Ntcheu.

“The future looked bleak. I didn’t know what to do. I could have done anything to survive,” she says.

Four years on, Trinity is putting her life back on track.

Thanks to the re-admission policy, the girl, who re-enrolled, is in Form Four at New Vision Private Secondary School in the district.

She is one of learners in poverty supported by World Vision Malawi (WVM) through Senzani Community Development Organisation (Secodo) mother group.

The concerned mothers traced the teen mother and convinced her to return to school.

“I never thought of returning to school. But this is the best decision I made. I am happy and my mother is always eager to support me,” she says.

The mother group, trained by World Vision, promotes girls’ education through a Get Back to School Project.

It is also credited with halving the number of girls dropping out of school in the past decade.

“We have realised that teen mothers have a full life ahead of them, but the future looks scary without education,” says Secodo chairperson Patricia Biliati.

Convincing a girl’s parents and husband to let her get back to school is not easy.

“We first approach the parents to find out what they think about their daughter’s future. Some support our vision as was the case with Trinity whose mother pays school fees for her. Others need more time,” she says.

The initiative is stimulating interest among girls to return to school.

New Vision Secondary School director Fanwell Katete says about 90 percent of teen mothers learning at the institution study harder “to make it big in life” than their younger classmates.

“I have been a patron before and I offer counseling and guidance skills. When I feel they are not concentrating on their studies, I encourage them to remain in school and push harder,” Katete says.

World Vision has been running various projects to improve access to quality education in Senzani since 1983.

Apart from the Get Back to School Initiative and bursaries, the inroads include construction of teachers’ houses and school blocks.

“We celebrate our achievement in working with the parents and leaders of this community in creating a better environment for their children. This is the environment where the children are not just living but thriving,” says World Vision national director Hazel Nyathi.

The Christian organisation ended its 34-year-old work in Senzani.

James Manyetera, the director of special duties in the Ministry of Local Government and Community Development, commends World Vision for supporting government in changing lives of the rural population.

He said teen mothers like Trinity deserve a second chance in life.

“It is only through good education that people can become productive citizens of the county and fend for themselves,” says Manyetera.

Since 1983, the organisation has reached out to almost 46 000 people with different transformative initiatives.

Interestingly, traditional leaders are buying into the push to ensure girls return to school after falling pregnant.

For Trinity, being back in school has rekindled her childhood dream that was almost dead and buried when the burdens of a teen pregnancy almost pushed her into sex work.

Says Trinity: “With education, I can be whatever I want. However, I want to become a journalist, a teacher or a scientist.”n

Daughters of Nyasa in UK fundraiser 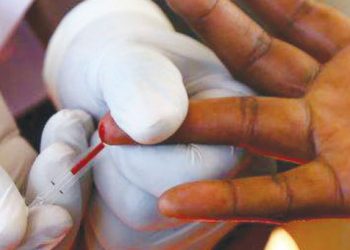 Daughters of Nyasa in UK fundraiser