Will someone answer for road inconvenience?

The situation on the Zomba-Blantyre Road around Njuli in Chiradzulu is a real disaster and becomes the latest entry in the list of embarrassments to a government that has put infrastructure development as one of the five pillars of its touted Economic Recovery Plan.

The situation is obviously a result of unprecedented rains that have hit the country of late, but better preparedness should have lessened the problems that travellers between the two cities—which are so connected that there is frequent inter-city travel between them—have faced for the last five days, and counting.

It is difficult to understand why the authorities, knowing fully well the potential for disasters during the rainy season, did not come up with an effective detour as is customary with such projects. Indeed it is unacceptable that the situation has been so overwhelming to the contractor that a solution is not on the horizon.

Meanwhile, those who cannot postpone travel between the two cities have to endure more than triple the distance, thereby incurring more expenses at a time when things are already tough for every Malawian. These are unplanned expenditures that will greatly erode whatever earnings people have and effectively dent progress in the economic recovery process.

As rightly pointed out by the Malawi Institution of Engineers, this is gross negligence which has caused a lot of inconvenience to travellers. It is in fact a legitimate expectation of the country’s citizens to see speedy response to such mishaps.

Given what has happened, therefore, Malawians would be keen to see who is going to answer for it. 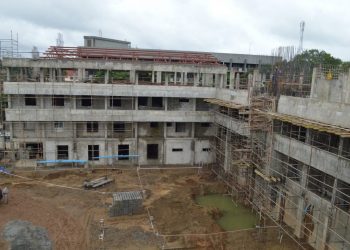