The French intellectual, Michel Foucault, expounded a thesis on knowledge and power; and more precisely ‘power–knowledge’.  For present purposes and at the risk of some serious reprimanding from Foucauldian purists, a severely reductionist version of the thesis is that power produces knowledge but at the same time power and knowledge imply one another. Knowledge flourishes in the presence of power. Knowledge must involve the understanding of the power dimensions involved in the production of knowledge. Knowledge is a major resource of power.

The Constitution obliges the State to actively promote the welfare and development of the people of Malawi by progressively adopting and implementing policies and legislation aimed at achieving, among others, gender equality; adequate nutrition for all to promote good health and self-sufficiency, adequate health care, commensurate with the health needs of Malawian society and international standards of health care; enhance the quality of life in rural communities and to recognise rural standards of living as a key indicator of the success of Government policies; provide adequate resources to the education sector and devise programmes to eliminate illiteracy in Malawi, make primary education compulsory and free to all citizens of Malawi, offer greater access to higher learning and continuing education; The Constitution also states that the State shall promote national goals such as unity and the elimination of political, religious, racial and ethnic intolerance. Regarding economic management, the Constitution states that the State shall nurture a market economy and long–term investment in health, education, economic and social development programmes in order to achieve a sensible balance between the creation and distribution of wealth among the people of Malawi. I am quoting the Constitution liberally here. The point is that those of our public officers that are obliged to develop and implement national policies are not doing the people of Malawi any favours. It is what they are paid for.

I went through the State-funded education system in Malawi between 1978 until 1997 when I left the college that the gods apparently love the most. The education system had its challenges but we cannot compare with the tragedy of our system today. Folks who cannot afford to pay the fees private schools are charging are bound to get a raw deal for their child. It is a situation where if you are an office messenger in the public sector, your child will probably be an office messenger as well if not worse off.

Is it not treasonous that we continue to hear of theft of drugs in public hospitals (that is when the drugs were available)? Our mothers continue to needlessly die during child birth. Children dying because of lack of this or other. How much does it cost to fix an elevator? How can we have a whole poster at a referral hospital announcing: ‘Do not charge for carrying patients’?

There has been a pettiness; a laissez faire attitude to governing in this country. We can do better. At the moment, our main political parties are deep in throwing mud at each other. No clear explanation of what plans are afoot for governing between 2019 and 2024.

The Constitution presupposes a critical citizenry that demands that those who exercise the political and legal authority of the State do so following a system—an algorithm— that is founded on the values of the Constitution itself. A bio–constitutional algorithm. So far, the country has been corrupted by different shades of political malware taking the country in a meaningless merry–go–round.

If a good education implies attainment of knowledge, it follows that an uneducated general population lack knowledge. If knowledge is a resource of power, then a ‘knowledgeless’ society is powerless. A lack of ‘power–knowledge’ shall imply that a whole general population is incapable to critique; I dare say. Critique, I argue, is an integral part of governing under a bio–constitutional algorithm. The absence of critique in our country has led to the political yobism we witness around us. Critique is not merely pointing out that there is a problem. It is a sustained pursuit of a culprit and calling the culprit to account. We rarely do that hence our public officers—especially the political–public officers—have been getting away with murder. As the political campaigning gets fierce, the citizenry ought to see through the (most likely) empty rhetoric that will bombard them.

* Chikosa Silungwe is a lawyer and consultant at The Mizumali Foundation. He holds a PhD in Law from The University of Warwick in Coventry, England.

A national budget is a promise 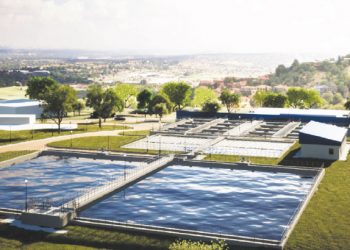 A national budget is a promise