The Agriculture Committee of Parliament has urged government to ratify the African Risk Capacity (ARC) Treaty to to enjoy disaster risk insurance benefits when natural disasters hit the country.

The committee’s chairperson Sameer Suleman was speaking on Saturday in Salima during the briefing for members of agriculture and budget and finance committees of Parliament organised by the ARC.

He said time has come for parliamentarians to take it up with government to find a way to ratify the treaty.

Said Suleman: “The premiums are high but as a country we are prone to disasters and time is ripe that we should push the risks to insurance companies so that our budgets do not get affected when disasters occur”.

Ministry of Agriculture director of planning Rodwell Mzonde said the ratification has been a lengthy process, not only for Malawi, but also for other African Union (AU) members, stating that only 10 member countries of the AU ratified the ARC Treaty.

“Malawi is in the process of ratifying the treaty, currently we are consulting stakeholders on how best to move forward in considering the ratification,” he said.

On her part, ARC head of government services for East and Southern Africa Region Lucy Nyirenda said the mandate of the institution is to protect vulnerable communities with insurance for disasters.

She said it is important for Malawi to ratify the ARC Treaty because once the grace period ends in two years’ time, the country will not be able to access insurance to protect the vulnerable communities prone to natural disasters.

Through collaboration and innovative finance, ARC enables countries to strengthen their disaster risk management systems and access rapid and predictable financing when disaster strikes to protect the food security and livelihoods of their vulnerable populations. 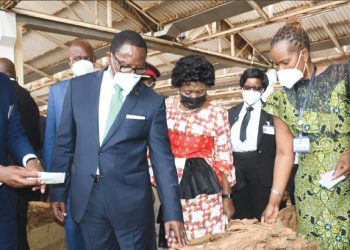