Does God approve of Church divisions?

by Watipaso Mzungu
in Editors Pick, Religion Feature
4 min read
0
Share on FacebookShare on TwitterShare on WhatsAppShare on LinkedinLinkedinShare via Email

During one of his evangelisms and ministries, the Lord Jesus Christ told his excited disciples that he would build his church, which he would always be with till the end of the earth.

Having assessed the situation, Jesus saw that there was no better gift he could give to his followers than a church. Actually, he promised that although departed in the eyes of man, he would still be on his throne, ruling the church.

He insinuated that even the gates of Hades would not overcome this church!

Today, over 2000 years have passed since the first church was built and, undoubtedly, you have ever wondered about all the differences and divisions in the church—about all the splits, schisms and conflicting doctrines.

Local congregations and worldwide movements alike are plagued with factions and controversies. Of course, there are many denominations that solve the problem of divisions by claiming that they alone are the one true church.

They scoff at all the schisms in other churches until they, too, eventually become riddled with disagreements and split!

This, certainly, raises a question as to why there are differences in religious groups as if they are political parties whose reward is far from the Kingdom of God.

If the same Holy Spirit is leading Christians into truth—why can’t we all get along? Why doesn’t God show us exactly what we should believe so we can all agree?

In one of their books, Light to My Path Publications, said to understand the current state of the church; we must first of all recognise that not all who claim to be Christians are Christians.

According to the book, much of the confusion in the church comes from false Christians—false ministers, who profess Jesus for whatever reason, who are not filled with the Holy Spirit.

The publications argue that an organisation (or a person) may claim to be doing God’s work but it may mean nothing because even Jesus himself predicted that many (not a few) would come in His name and deceive many (not just a handful) (Matt 24:5).

“Of course, it’s not our responsibility to play judge and try to figure out who is and isn’t a Christian. We don’t need to judge every minister. Only God can look at the heart (Rom 14).

“We simply need to make sure we’re personally right before God; we should be careful about whom we fellowship with, and about what ministers we look to for spiritual guidance and leadership! We must judge what influences we allow into our minds; but we don’t need to judge the spiritual lives of others who have no direct relationship to us,” they say.

But what about the divisions and differences among true Christians?

To understand why there are factions even among true children of God, we must take a look at the church during its first 40 or 50 years of existence. If there was ever a time when we would expect the Church to be unified, it would be at the beginning! However, we don’t have to read much of the New Testament to see that from its very inception, the Church was plagued by divisive problems—there were personality differences, administrative disagreements and doctrinal disputes.

The church at Corinth is, perhaps, the classic example. Paul wrote to them, “…are you not worldly? Are you not acting like mere men? For when one says, ‘I follow Paul,’ and another, ‘I follow Apollos,’ are you not mere men?” (1Cor 3:4.) Confusion and excesses characterised their assemblies (1Cor 11 & 14). They were certainly divided.

In the late forties A.D., Jewish Christians “of the sect of the Pharisees” had tried to force the law of Moses on Gentile Christians.

The controversy grew to the point that Paul and others went to Jerusalem for a big conference (Acts 15).

The apostles and elders all came to agreement and the matter seemed settled for a time; but undoubtedly there were many who didn’t exactly go along with the final conclusion.

In fact, some time later, Christians from Jerusalem intimidated Peter to withdraw from eating with Gentiles at Antioch. Paul had a confrontation with him in front of the whole group! 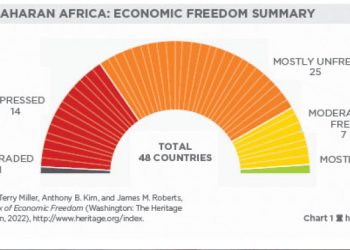