by Frank Namangale
in Front Page, National News
5 min read
0
Share on FacebookShare on TwitterShare on WhatsAppShare on LinkedinLinkedinShare via Email

In a debate whether to unbundle the University of Malawi ( U n i m a ) a n d g i v e autonomy to respective colleges, Unima vice chancellor has accused college principals of politicising the issue.

The university office has since warned that the conduct of the principals during the meeting to ignore a policy formulating body ’s document that the council’s chairperson wanted them to adopt  was irregular and that those not moving forward together with the council could be taken to task.

Vice-chancellor John Saka, in a memo to all principals towards end February this year after the Lilongwe meeting, complained that the University did not appear before the commission as a united front.

He said t h e t e a m ended up embarrassing their University Council chairperson Jack Wirima. The vice-chancellor complains that the Unima leadership appeared before the commission as an entity that hardly meets to discuss weighty issues in a manner that ensures due respect is paid to the legal owners of the institution, the council.

“Contrary to our terms and conditions of service, which clearly state that it is gross misconduct to seek political intervention on internal matters of the university, it was apparent during the Capital Hotel appearance that the issue of either bundling or unbundling had been pursued with a lot of political lobbying and the commission could be excused for believing that the motivation for unbundling was hunger for power.

“[This is] very unhealthy for a University that was once closed for 10 months due to matters related to academic freedom, which was deemed to have been compromised by external political interference,” complained Saka in the letter.

He further said the Lilongwe meeting revealed that internal issues that are never brought to management meetings are discussed with politicians before their own mechanisms have been given a chance to resolve them.

“The mere fact that the commission saw itself that what our chairman and his council wanted us to do as per the content of his (chairman’s) presentation, was at variance with what individual colleges wanted to implement, exposed us as a leadership that was not toeing the line of the governing body the government appointed for us.

“Clearly, this was an awkward position for all of us to find ourselves in, especially when our role is to implement council policies and not to pretend that we have taken over the legal ownership of the University Council,” the vice-chancellor said in the memo.

The college principals, who are now under attack from the University Office, have grown cold feet to comment on the matter despite supporting unbundling of Unima during the meeting with the commission.

College of Medicine (CoM) principal Mwapatsa Mipando, whose team proposed to the commission to unbundle Unima and to let CoM absorb Kamuzu College of Nursing (KNC), said in an interview on Tuesday that they presented their position to the commission.

“We presented our case to the commission and they told us the decision would come from there,” Mipando said. But a source, who was part of the CoM team at the meeting, said there were a number of reasons CoM supported unbundling of Unima.

These included frequent closures that affect all constituent colleges when either students or staff have issues and different curriculums which make the colleges face planning challenges under the current system.

During the Lilongwe meeting, the KCN team, the only college not supporting the unbundling, according to our source, resisted absorption by CoM, an issue the University Office took advantage of in reprimanding the principals.

The University Office argued that if colleges were working together, this should have been discussed by the two colleges before making the declaration before the commission.

Saka said in his letter: “As an institution of higher learning, we should have known better other than wait for the commission to teach us that at the time we are in economic dire straits as a country.This is not the opportune period to be experimenting with new models of universities when we cannot guarantee that they would succeed.”

Chancellor College (Chanco), whic h also supporte d unbundling of Unima during the Lilongwe meeting, declined to comment on the matter on Tuesday.

Chanco principal Richard Tambulasi said the University Office was better placed to comment on the matter, but when we insisted we wanted views on the matter from the individual colleges, he referred us to Chanco registrar, Mary Wasiri. Wasiri said the matter constitutes university reform agenda, was discussed with the commission, and she was not ready to comment on it now.

But an academia source at Chanco said the resistance by the University Office not to accept delinking of the colleges from Unima was all about power.

“The status quo benefits those at the Central Office and that is why they support a federal university system,” he said. The source said there are many advantages if colleges were delinked, explaining that one of them is detaching themselves from political interference.

Saka, asked on Friday to comment on the memo in a telephone interview from South Africa, where he is attending a conference, acknowledged authoring it, but said it was difficult for him to give information while away.

He said his senior colleagues at the University Office, such as the university registrar were better placed to comment because they deal with such matters directly.

The university registrar Benedicto Wokoma atani Malunga, asked in a WhatsApp interview earlier on Wednesday about the issues some concerned academia have raised, said the University Office presented arguments for and against unbundling of Unima to the Public Service Reforms Commission.

Malunga said the council did not give him mandate to comment on the matter because the commission was given all the information it needed.

The idea of unbundling Unima colleges was also advanced by the late Bingu wa Mutharika, but it stalled then.

President Peter Mutharika mentioned about the unbundling of Unima three years ago, when Unima celebrated 50 years anniversary at CoM, saying he was aware that some colleges wanted to break away from Unima and promising that he was not going to stand in their way.

The Public Service Reforms Commission, which was being headed by Vice-President Saulos Chilima, presented an exit report to President Mutharika in Lilongwe on Friday. Mutharika launched the reforms programme in June 2014. 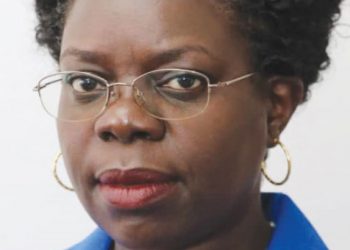