by Mayamiko Seyani
in Chill, Entertainment
2 min read
0
Share on FacebookShare on TwitterShare on WhatsAppShare on LinkedinLinkedinShare via Email

has come back with her solo sophomore effort Yehova Musavomeleze, which has been recorded at Groove Magic and produced by Joseph Tembo.

After parting ways with her Favoured Sisters’ ally, Mwawi Kalolokesya, Martha became a force to reckon with in the gospel music circles. But would she maintain her plot?

Listening through the artist’s new album, one realises the songs sound more choral than they fit a soloist. The songs sound as if she is leading a choir and even the backing vocals are orchestrated like a choir. Thanks to producer Joseph Tembo’s beautiful instrumentation and studio production.

The track Yehova Musavomeleze is a manifestation of a ‘choral hangover’ from her choral background. In the song, Martha, prays to God not to let her slip on her way and fall from his grace.

Amandikonda is a manganje song up beat song that praises God for his goodness. It is one of those songs that can get a crowd at Robin’s Park on their feet.

Although the 10 track album has a majority of up-beat songs, it also has some slow-tempo songs such as Kwaikika, Osunga Moyo and Mau Otsiriza.

Her graduation from the nursery choir earned her membership in Falitsani Choir at the same church.

In 2001, she got married to Harrison Pingasa and moved to Blantyre.

Her exodus to the commercial city put her music career on hold—but not the musical dream.

Like steam in a kettle her passion for music kept boiling, ready to explode until in 2006 when she met her ally Kalolokesya who was her neighbour and formed the duo Favoured Sisters and released their duo Kulambira 1 in 2006.

In 2009 the duo released their second installment of the Kulambira franchise.

In 2011, the duo went on their separate ways after Mwawi went to further her education at The Polytechnic.

Martha moved on with the “favoured” brand to launch her solo career with Wondikonda Ndili Naye the same year.

Now Favoured Martha has released her second solo album and will launch her album on June 20 at Gymkhana in Zomba on June 21 at Robin’s Park in Blantyre and on June 28 at ICA Marque in Lilongwe.

The launch will be for both her DVD and CD and video production for the videos is in progress.   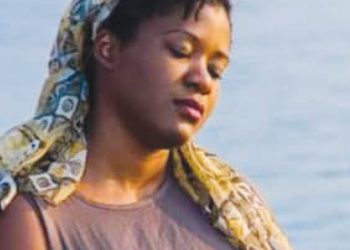